During IQ's October board meeting, Kathleen Schraufnagel, industry liaison for Monitronics was chosen as the newest member to join the IQ Certification Board and was also selected to head up the Membership Committee. 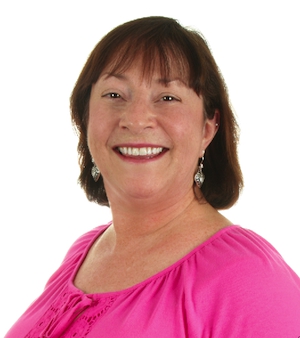 Schraufnagel has been in the security industry since 1991. She started her career with Brink’s Home Security / Broadview Security where she worked for 20 years. She joined Monitronics in 2011 where she spent her first 18 months learning about the contract monitoring side of the business and working closely with alarm companies. She then became the Coordinator for their guard services department and then also took on the responsibilities of serving Monitronics as their Industry Relations Liaison.

Schraufnagel is a Past President of the North Texas Alarm Association (NTAA) and currently serves as their Vice President. She is the current Convention Chairperson for the Texas Burglar and Fire Alarm Association (TBFAA) and has served on the Board of Directors in the past. She is also the Secretary for the National Electronic Security Alliance (NESA) and sits on the Government Relations and National Companies Committees for the Electronic Security Association (ESA).

In the past she held several committee chair positions in the ESA, all of which were directly related to the reduction of false alarms. This led to her appointment in a multi-association “Think Tank” formed in the late 1990’s that spent four years researching and implementing new false alarm reduction measures nationwide, including what is now known as Enhanced Call Verification (ECV).

Schraufnagel has been a member of the False Alarm Reduction Association (FARA) since 1998 and has served the organization in a variety of positions and committees, including the Board of Directors as the Electronic Security Associate Director. She is also an Essentials of False Alarm Reduction Certified Instructor.

When asked why she wanted to serve on the IQ Board and head the Membership Committee, Schraufnagel replied, “I am working with a company that wants to advocate IQ Certification to our dealers and I am looking forward to working with other committee members to help them do the same.

“I believe I have something to give and am excited with this new challenge,” said Schraufnagel of her new appointments at IQ. “I want to share and promote the IQ message with alarm dealers across the country to get them excited too and to help them realize that IQ can set them apart from their competition,” she added.