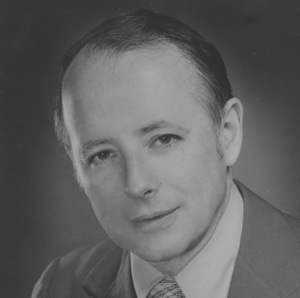 The Canadian security industry lost one of its pioneers recently when Jean Blondin passed away at age 87.

Blondin realized the potential of security systems back in the early 1970s. For almost two decades, Blondin had owned ABC Radio Supply Ltd., based in Montreal. Blondin was fully trained as a television repair man in the early days of the medium and sold vacuum tubes and electronic components. In 1972, his company was renamed ABC Security Products Inc. following an incident that changed the course of his professional life.

After the theft of two stereo amplifiers, Blondin built and designed an alarm panel and installed it in his store. He located a company in New York called Ademco that manufactured alarm panels, including bells and motion sensors, and shifted the entire nature of his business from television parts to security by selling Ademco products. He later added other lines to his portfolio, including Sontrix (later bought out by Ademco) and Solfan, which manufactured microwave motion sensors.

According to his son Michel, “He had a vision that the sale of security products would become a necessity and changed the mission of his business to the wholesale selling of alarm panels, motion detectors, contacts, etc.”

Ademco purchased ABC Security Products from Blondin in 1979. He continued to run the company until his retirement in 1989 and Ademco was renamed ADI (Ademco Distribution International).

In 1986, he was the recipient of CANASA’s prestigious R.A. Henderson award. In his retirement years, Blondin liked to spend time on the water in his yacht and became an avid history buff. He will be greatly missed by his three sons, daughter and four grandchildren.