IQ Certification has announced election results for the 2013 IQ board of directors. Tim Creenan, Lynn Comer and Dave Currie each were elected to a two-year term, which began January 1, 2013. The elections were held in December 2012. 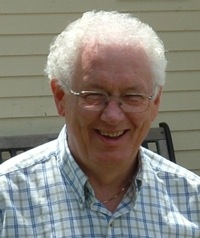 Tim Creenan was elected for another term as chair as were Amanda Baumgartner as secretary and Peggy Anderson as treasurer. Lynn Comer was elected as vice-chair. Creenan is CEO of Buffalo, N.Y.-based Amherst Alarm. Comer is president of Shenandoah Valley Security (SVS) and also serves as president of ESA Virginia and chairperson of the Government Relations Committee for ESA. Baumgartner is licensing manager for Rapid Response Monitoring and Peggy Anderson is licensing specialist for the Delaware State Police. Dave Currie, who will serve on the board for a two-year term, is the founder and president of Damar Security Systems, which operates three locations in Ontario, and a past president of CANASA.

In addition, Anderson and Steve Heggeman of the Baltimore County Alarm Reduction Team were appointed to a one-year term by the board as public safety directors, representing the public safety sector. According to the IQ Guidelines, one appointed director may be chosen from each of the law enforcement, fire, state regulator or insurance communities.