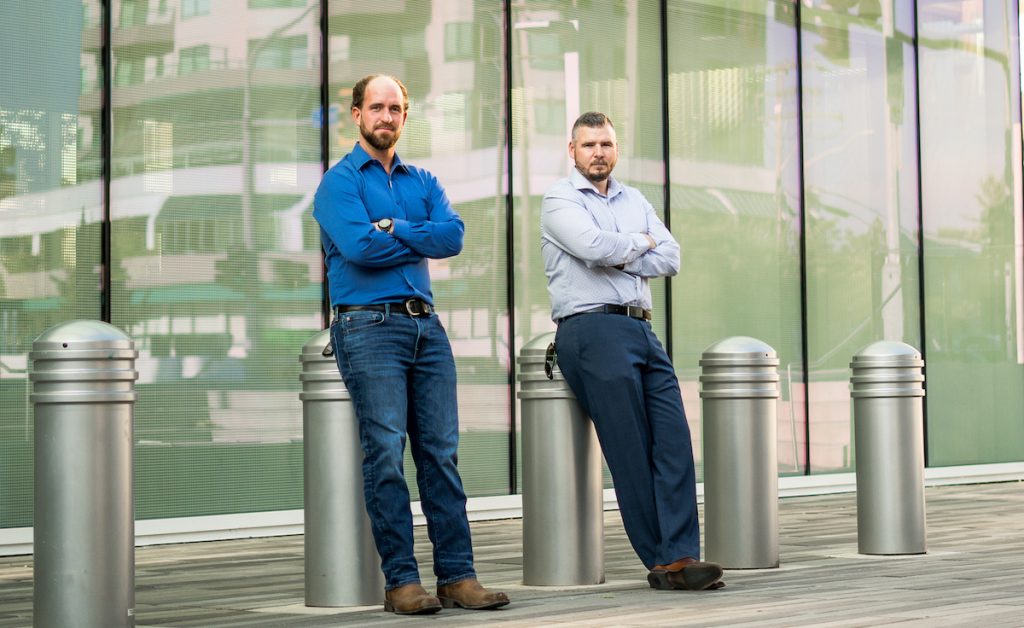 By any measure, the Abbotsford Law Courts project is an ambitious build.

The first new courthouse in British Columbia in two decades, the facility is 180,000 sq.-ft., four stories (plus one underground), and comprises 14 courtrooms, community corrections, prosecution services, legal aid, duty counsel, a justice access centre, and an expanded courthouse library. The facility was designed with CPTED (crime prevention through environmental design) principles in mind, and is also LEED certified, in keeping with the province’s energy efficiency goals.

Delco was part of the bid team that was awarded the Abbotsford project, responsible for designing and installing the security infrastructure. In recognition of their efforts and the ingenuity and customer service they brought to the project, the company was awarded Integrator of the Year 2022 (sponsored by Wesco) by SP&T News’ judging panel. 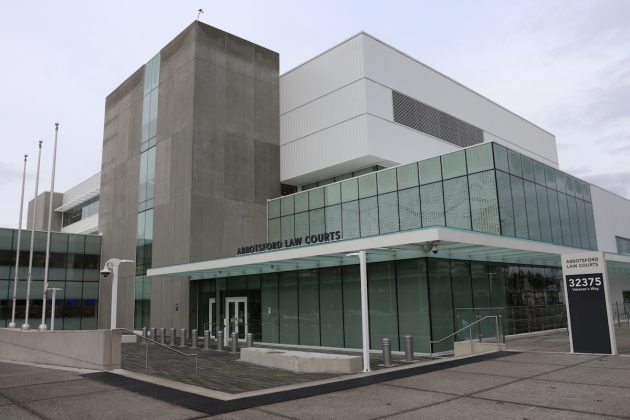 Beginnings
For Delco, the Abbotsford install began long before a shovel was put in the ground. “Projects like that are planned with a very long lead time. We were involved very early on,” explains Markus Koenig, senior project manager, Delco.

Beginning in 2017, Delco held project meetings with the client.

“Our team was awarded the project so we began our design build portion of it at that point, working with the owner’s group and our construction team in order to lay out the security requirements for this facility,” says Ben Murray, technology lead, Delco.

The security technology portion of the build involved about $7 million in equipment which included Avigilon, Hanwha Techwin, Kantech, Bosch and IPFusion, a unified dashboard that ties all the security equipment together. The security systems speak to each other and are also integrated into the building’s lighting, water and elevator systems.

“We usually go into design development where we start to work with the client to develop their vision a little further while still maintaining the proscribed agreement,” says Murray. “From there … we can start to go and implement the vision that we’ve worked with the client to build.

“We like to do what’s called the functional requirements document where we sit down with the client and go door by door to discuss the kind of functionality they want to achieve,” he adds. “The camera views is another one. We go camera by camera and [ask], ‘What do you want to see?’ We really work closely with the client once we get to that stage to capture what they want.”

“Delco was very good,” says Ross McKenna, director of provincial programs for the B.C. Sheriff Service. “They had a number of meetings that they held with us in designing the security needs of the integrated system, including workshops where they would review the requirements, their progress and in the latter stages provide demonstrations of how the system was being developed and was working.”

The Delco team utilized virtual reality (VR) during the design process to help assist the B.C. sheriffs in optimizing surveillance for high-security areas of the facility.

A “digital twin,” a 3-D full scale mock-up, was developed which could accurately portray surveillance camera views, allowing for camera placement adjustments before the actual hardware was mounted. “It really helped us to pinpoint exactly where cameras were going to go,” says Murray.

Using the VR rendering, the sheriffs could see camera adjustments in real-time and know precisely what those changes would mean in the real world. “It’s a completely different approach to the 2-D where you see it in a flat environment,” says Koenig. 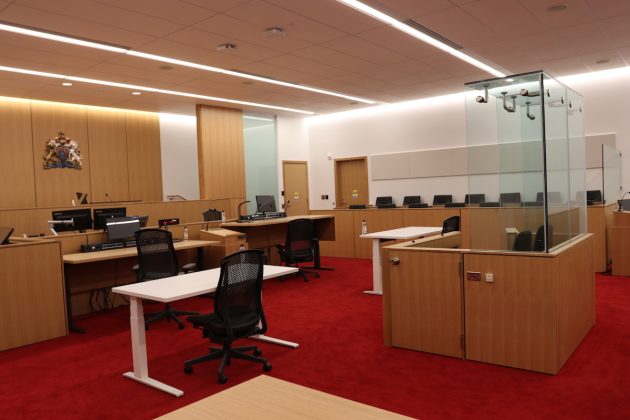 Installation
With the facility built, security equipment installation began in the summer of 2020, right when the pandemic was truly ramping up. “Pretty much the whole project was executed within the core COVID timeframe,” notes Koenig.

We’re now more than two years into the pandemic and navigating its on-and-off rules has become second nature to most people. But during those early days in 2020, COVID protocols were being updated almost daily as more public health information came to light. Keeping up with those changes “was a bit of a moving target,” says Koenig.

Even with social distancing and pandemic protocols in place, the project timeline did not waver from its original schedule. “I will give credit to PCL for that. It was obviously a strong team effort that we were able to keep all the original dates that were set five years prior, obviously without knowing there would be a pandemic,” adds Koenig.

Ultimately, more than 600 security cameras were installed in the Abbotsford facility, inside and out. Over 300 facility doors are equipped with access control. There are also more than 300 panic alarm points and over 600 intrusion partitions.

The number of Delco technicians on site during the install ranged from five to 15, depending on workload. The company also brought in Delco workers from across Canada to help out where needed, along with some remote programming support from Alberta and Saskatchewan.

Basically, the courthouse is completely blanketed by a comprehensive security infrastructure.

On-site operators have an end-to-end view of the facility with the ability to call up a camera in less than a second and place it on a desired control room screen. If triggered, panic alarms are immediately located on an interactive map and covered automatically by the appropriate camera.

“In a site that big, it’s hard to see everything going on,” says Casey Burnstad, on-site technical lead, Delco. “With our integration and how we designed this and worked with the client, every kind of notification that they would need is automated for them. They’re not scrolling through multiple cameras trying to monitor the whole site. If an intercom is pressed, the cameras around that intercom pop up. The technology is working for them. They don’t get ‘camera fatigue’; it really works for them to make their lives easier.”

The security network also features what Murray calls “aggressive failover and redundancies” which makes it extremely resilient. “Essentially what we’ve done is turn the building into one large computer.”

Adjustments
Like any big installation project, Abbotsford brought with it some on-site adjustments and learning opportunities. Most of these were relatively minor, such as needing some extra servers to handle the camera load.

But there was also the B.C. weather to account for — heavy rainfall took a toll on some of the exterior doors and cameras, necessitating some fixes. As the brand new building settled following construction, some of the access control had to be recalibrated as well.

“Little things like that come up and kind of slow you down,” says Murray, “but you work through them.”

As knowledge is accumulated from project to project, it is applied to future designs, adds Murray. Delco has several other projects underway, including a correctional institution in another province. “As we do these projects, it’s a learning process for us because we collect some very valuable data,” he says. “We also collect data on the technology — what works and what doesn’t work and what’s reliable. We use that to transition to other projects.”

The security rollout for the Abbotsford Law Courts is complete but the relationship with Delco is ongoing, not only for future maintenance but also for potential system improvements.

“As new technologies emerge, we have the ability to show them and add them on to further extend the system into the world of AI,” says Murray, noting recent technology developments in object and anomaly detection tools. “We continue to work with a facility maintenance company that’s on site, and the guards and the sheriffs, to keep the system going and keep it up-to-date.”

As the first new courthouse facility for B.C. in 20 years, McKenna regards Abbotsford as a showcase “designed from the earliest stage to have the most up-to-date security equipment and technology… The system there greatly assists the sheriffs.”

Murray says the Delco team sees the Abbotsford project as “really special for us. We wanted to be able to deliver new and exciting technologies that would help the B.C. sheriffs and make their lives better with technology.”