News
iLOQ partners with the NHL 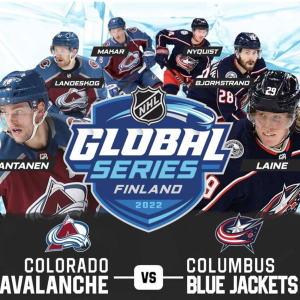 iLOQ’s partnership with the NHL.

Before the world knew about coronavirus and the calamity it would entail, iLOQ signed a framework agreement with the National Hockey League (NHL).

During the first phase, the cooperation worked to promote iLOQ and its products during the 2021 Stanley Cup playoff games broadcast in Europe.

This meant prominent branding in broadcasts with the use of ‘virtual blue line’ advertising increased visibility for iLOQ.

Now in the second wave of the partnership, the cooperation will promote iLOQ during the NHL Global Series games to be played in Finland in November later this year.

“The goal of our initial partnership with the NHL was to maximize awareness of the iLOQ brand in key European markets as we continue to extend our market reach. With ice hockey, and particularly the NHL, being one of the most popular global sports leagues around the world, we have already successfully reached a large audience. With the Global Series games bringing some home-grown talent to Finland, we will attract worldwide media interest and ensure that iLOQ’s brand is visible front and centre bringing us many more ‘fans’ and unlimited business opportunities,” said Joni Lampinen, iLOQ’s chief marketing officer in a statement.