IHS Markit has released an analysis of safe cities, noting the concept will become increasingly important as more migrate to urban areas across the globe. 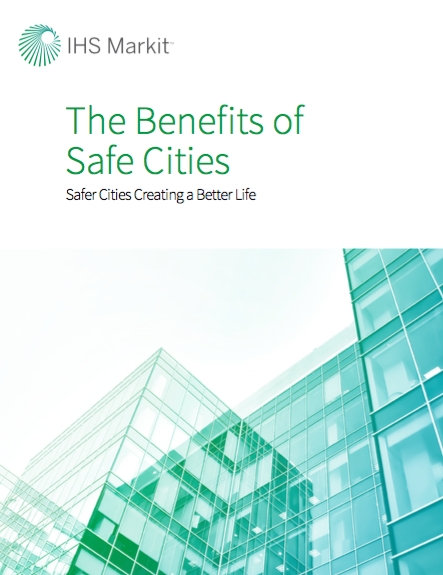 In the Benefits of Safe Cities whitepaper, Thomas Lynch, director, Safe Cities for IHS Markit and Niall Jenkins, senior consultant, Security for IHS Markit, analyzed a number of safe city projects by four different indexes: government investment; safety result; social benefit; and economic benefit. Each index was then compiled from 26 indicators to reflect the various measures of a successful project.

Government investment in safe cities can be segmented into three distinct stages, the authors write. “The first stage refers to the initial installation of video surveillance cameras and critical communications. The command-and-control infrastructure is deployed, enabling the city authorities to communicate more effectively, and video surveillance provides evidence and a deterrent in the highest risk areas of the city.”

The second stage is characterized by new city stakeholders joining the steering group and influencing the technology direction. This stage often is challenging for the city as project complexity increases while the benefit remains stagnant. The final stage of investment represents more advanced integration, co-operation on data and analytics and the implementation of predictive crime centres.

The safe city is ultimately a government-driven approach to security, IHS says. However, multiple stakeholders must be involved.

“The continuous evolution of technologies, city structure, and security requirements, means a broad range of expertise is needed to make safe city projects a success.”