Headlines News
How smart buildings are going to get smarter

Anixter’s Converged Technology Forum, held recently in Toronto, focused on the increasing sophistication of smart buildings, as well as the tools and methodologies that are helping that transformation to take place. 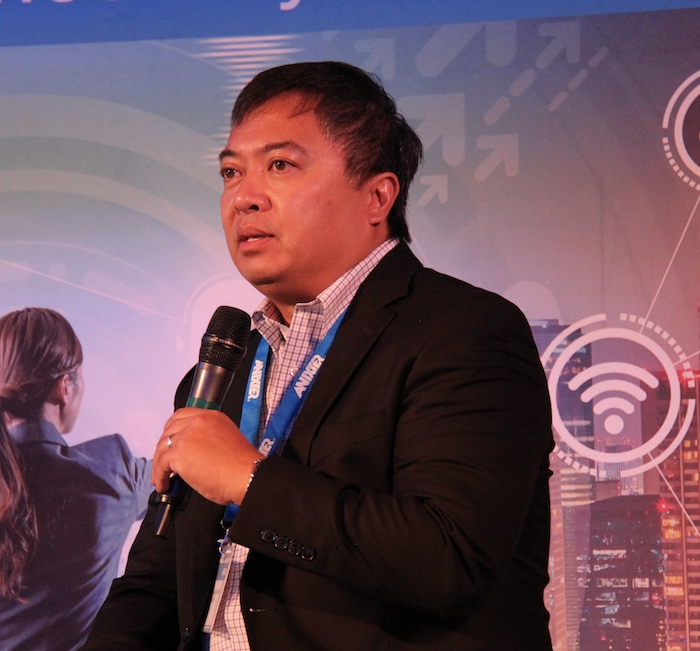 Andy Jimenez, Anixter’s vice-president of technology, highlighted the important role that surveillance technology can play in smart buildings, in large part due to the relatively recent (and rapid) improvement in analytics capabilities.

• General surveillance (where high quality images may not be required);
• Identification purposes; and
• Software forensic.

A growing sub-category is analytics, which can be split into simple applications like people-counting, and complex ones, like licence plate recognition (LPR) and facial recognition.

There are still misperceptions about what this technology can do, said Jimenez, “but it is evolving; it is getting more accurate. It’s certainly trending towards [high] sophistication.”

Access control is also in the midst of an evolution. “It’s going to be tremendously important,” he said.

Access can be broken into three components: something you know (like a PIN); something you have (a key or card) and something you are (a biometric component). In high security environments, such as data centres, all three levels of authentication may be required, he said.

He also postulated that the keycard, currently in heavy use for access control, may soon be supplanted by the smartphone as a credential. People are far less likely to lose their phone than their card, he suggested, plus phones may also contain their own biometric component for an extra level of authentication.

In terms of how these two mainstream security technologies can affect smart buildings, simply put, they are huge sources of data. Cameras are “a perfect sensor,” said Jimenez. “There’s really no shortage of data points that you can extract. It’s really what you do with it… It’s how you harvest and use it and do something actionable with it.”

Many of today’s cameras can do a “second job” in addition to their security roles, he added. People-counting is an effective tool for a variety of purposes, including determining room occupancy. Access control data can serve a similar purpose, helping to generate what Jimenez called environmental analytics. Overhead costs like temperature and lighting can be more effectively managed using this data, saving money and contributing significantly to a business’s bottom line.

Jimenez also pointed to forthcoming changes in networking protocols and the profound impact they will have on building automation. Power over Ethernet (PoE) is moving towards a new standard that will deliver up to 70 watts of power to PoE enabled devices, which will facilitate the migration of commercial lighting and building management systems onto the network.

Twisted pair cable has traditionally been limited to a maximum physical reach of 100m, falling short of some of the applications required for commercial requirements, noted Jimenez. An IEEE task force is working on a new standard — IEEE 802.3cg — that will support a data rate of 10Mb/second and 13 watts of power on a single twisted-pair cable rather than the traditional 4-pair category rated cable that is currently deployed. The standard will also enable an installed single-pair cable to reach a distance up to 1km, a significant improvement over 100m. (A series of videos hosted by Jimenez on Anixter’s YouTube channel also details this transformation and others in the building automation space.)

The answer to many of the problems that plague buildings — too hot or too cold, elevators not working, bathrooms not clean — is to be proactive about them, said Noller, and address them “before a human even notices.”

Traditionally, that can be difficult, particularly for large infrastructures. Airports, for example, typically comprise multiple terminals that may have been built in different eras with different systems.

Improved collaboration between stakeholders, particularly IT and operations, is helping to take care of some of these issues, added Schonberger. Today’s buildings are “cyber-buildings” with most systems running over IP networks. As such, digital security is at a premium in order to protect a building’s infrastructure.

On a more fundamental level, the way people work today is evolving. Work from home programs, popular in recent years as a means to offer job flexibility and potentially save on real estate, are losing favour, said Noller. CEOs are discovering that by isolating workers, they are preventing them from working collaboratively. More often, today’s offices provide employees smaller work spaces but larger collaboration rooms to foster creativity and spontaneity.

Businesses must be open to new ideas to address technical and cultural challenges, added Schonberger, again mentioning Jimenez’s example of using cameras as a sensor to collect useful data that can make buildings more efficient.

This article originally appeared in the October issue of SP&T News.