Features
How Radar Enables Intrusion Detection Beyond the Fence Line 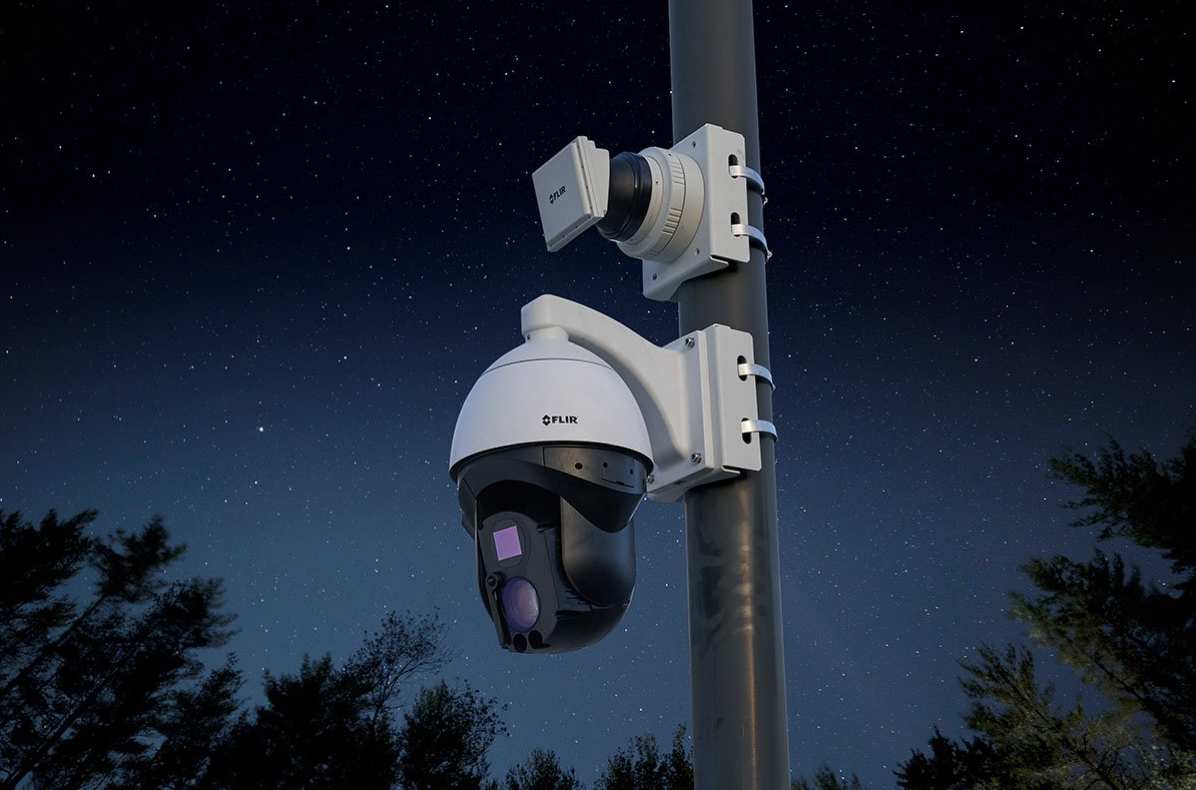 Perimeter intrusion detection systems (PIDS) typically employ camera-based solutions to monitor perimeters or other areas of importance, but adverse environmental and imaging conditions can impede the performance of traditional camera sensors. Radar addresses these challenges, detecting intruders 24/7 even in harsh weather and low-light or no-light scenarios. By integrating a ground-based commercial radar—the Teledyne FLIR Elara™ R-Series, for example—as another essential sensor within a PIDS to complement visible and thermal cameras, security managers maximize detection coverage, receive early warnings of threats, and gain position intelligence of threats for a turnkey end-to-end security solution. As security radars see increased adoption across various industries, it is important to consider why radar could benefit your specific application.

Wide Area Monitoring
With a wide field of view (FOV) and long-range detection, radar provides true wide-area protection and situational awareness well beyond the fence line. Radar is designed to efficiently monitor large open areas. In scenarios where multiple cameras would need to be installed to cover a 90-degree FOV, installing just one security radar together with thermal and visible cameras could deliver the same coverage with a detection range far beyond that of any visual or thermal camera alone. In the case of the new Elara R-Series, the R-290 model detects vehicles up to 400 meters and humans up to 200 meters away.

Target Tracking
When intruders are approaching a perimeter from multiple directions, delayed detection or lost visuals can severely limit an operator’s ability to intercept potential threats before they breach the perimeter. Radar is purpose-built to detect, track, and map human or vehicle movement for superior tracking of threats. It delivers continuous target tracking with distance to target accuracy within one percent. Moreover, the time from first detection to intrusion intercept is drastically improved with a radar, enabling a faster, more efficient response. In some cases, a radar detecting a human on foggy day occurs as many as 60 seconds faster than it would take a thermal camera to see the intruder in its line of sight.

Redundancy
Integrating radar with multiple PTZ cameras helps to create a fail proof solution. For instance, if a camera were to lose a target due to visual obstruction or interference from poor lighting, bad weather, blinding sunlight, shadows, light reflections, etc., a radar would continue to track and deliver an intruder’s geolocation to the other PTZ cameras. In other words, by integrating radar into your PIDS, the system is far less likely to lose target’s location.

Location and Installation Considerations
When it comes to installation, radar height, location, and tilt can all measurably impact the effectiveness of a radar within a PIDS. It is important for system integrators and end users to be aware of installation best practices to optimize radar performance. Achieving accurate and persistent localization of multiple threats at optimal ranges in all weather and light conditions comes down to accounting for every possible scenario that might limit both camera sensors and radar systems. Here are some installation pitfalls to avoid well as deployment strategies to adopt:

Areas with Undulation
A difference in ground elevation is one of the most common pitfalls that radars face. Whether the ground is undulating, sloped, or uneven—even if a radar beam stretches across a given area—it is not guaranteed that its beam will cover every zone within that area. A combination of strategic radar height, tilt, and layering can mitigate these conditions by minimizing any clutter effect from the ground and by covering any blind spots under the radar.

VMS Compatibility
Finally, when it comes to deploying radar for security installations, it is critical to choose a radar that integrates with your preferred VMS for ease of use and total control. Without tight integration, security operators will not be able to access or leverage the full benefits of radar, such as dynamic mapping of targets simultaneously. Logic-based target tracking, hand-off, overlapping coverage via fusion mode, and data visualization all require a radar working in concert with its VMS component.

For more information about the Elara R-290 radar, visit:
https://www.flir.com/products/elara-r290-radar