In recognition of the company’s 20 years in digital surveillance, IDIS has announced a year-long program of global commemoration and recognition events that celebrate the past, present and future. 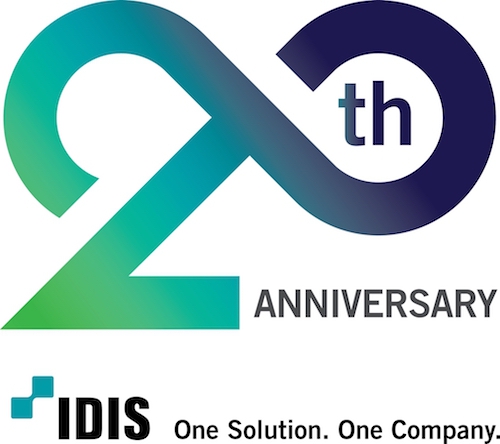 Kicking off at Intersec 2017 in Dubai, IDIS will showcase the new technologies it’s working on and similar programs will be featured at major tradeshows throughout the year, including ISC West in Las Vegas, IFSEC in London and ASIS in Dallas.

There will also be social media engagement, competitions, giveaways, videos, awards and more throughout 2017.

IDIS was founded in 1997 by experts in computer science and artificial intelligence and by 1998, the company says it had “pioneered the move from analog to digital surveillance, pushing the company to number one in global digital video recorder (DVR) sales, seeing sales reach over $50 million by 2005”.

In 2013, IDIS launched its own brand business as well as DirectIP, a plug-n-play surveillance solution. By 2015, IDIS established regional headquarters in Europe, the Middle East and the U.S., while bringing to market the IDIS Total Solution.

Today, IDIS says it has grown to become a global security company that designs, develops, and manufactures surveillance solutions for a wide range of commercial and public sector markets. As the largest video surveillance manufacturer in South Korea, with headquarters and manufacturing facilities just outside of Seoul, IDIS says it operates across 50 countries and over 100 strategic partners. The company also notes it has “more than two million recorders installed worldwide and over 16.5 million cameras utilizing IDIS technology.”

“Looking toward the next 20 years, artificial intelligence and the Internet of Things (IoT) permeate the industry. IDIS intends to do the same by utilizing these types of cutting-edge technologies and making them both simple for installers and end users to install and operate as well as cost effective for businesses large and small,” said Joon Jun, president of the Global Business division. “We will also continue to look at how video data can be utilized beyond security operations to deliver business intelligence and further deliver on our promise of a low total cost of ownership.”