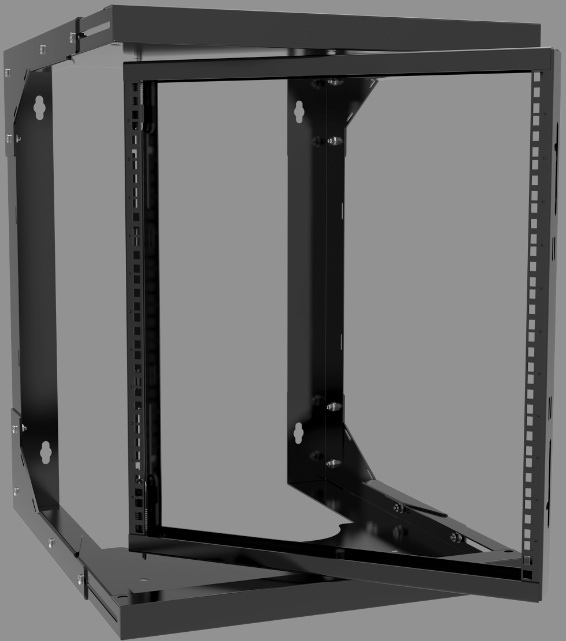 The new Hammond Wall Mount Rack (HWMR) was designed to easily mount network equipment in IT environments with limited floor space. Unlike similar racks, Hammond has integrated both depth adjustment and pivoting swing out capabilities in one rugged open rack system.

The strength of our new wall mount rack comes from the centre pivot point, says Steve Menegotto, Product Design Team Leader. “When testing various options, we discovered that having the rack pivot at the center increased the equipment load capacity and reduced bowing caused in traditional swing-out racks”, said Menegotto. He added, “This additional capacity allowed us to offer sizes that range in height from 12 up to 32 rack units. In addition to these features we have integrated several points where the swing frame can be locked into an open position allowing the tech or installer to easily work on the equipment.”

Hammond Manufacturing will be unveiling the HWMR at the upcoming Canadian Security Expo, being held October 23 and 24, 2013 at the Toronto Congress Centre in Ontario, Canada. A presentation will feature the Hammond HWMR at 11:30 a.m. on October 23, 2013.