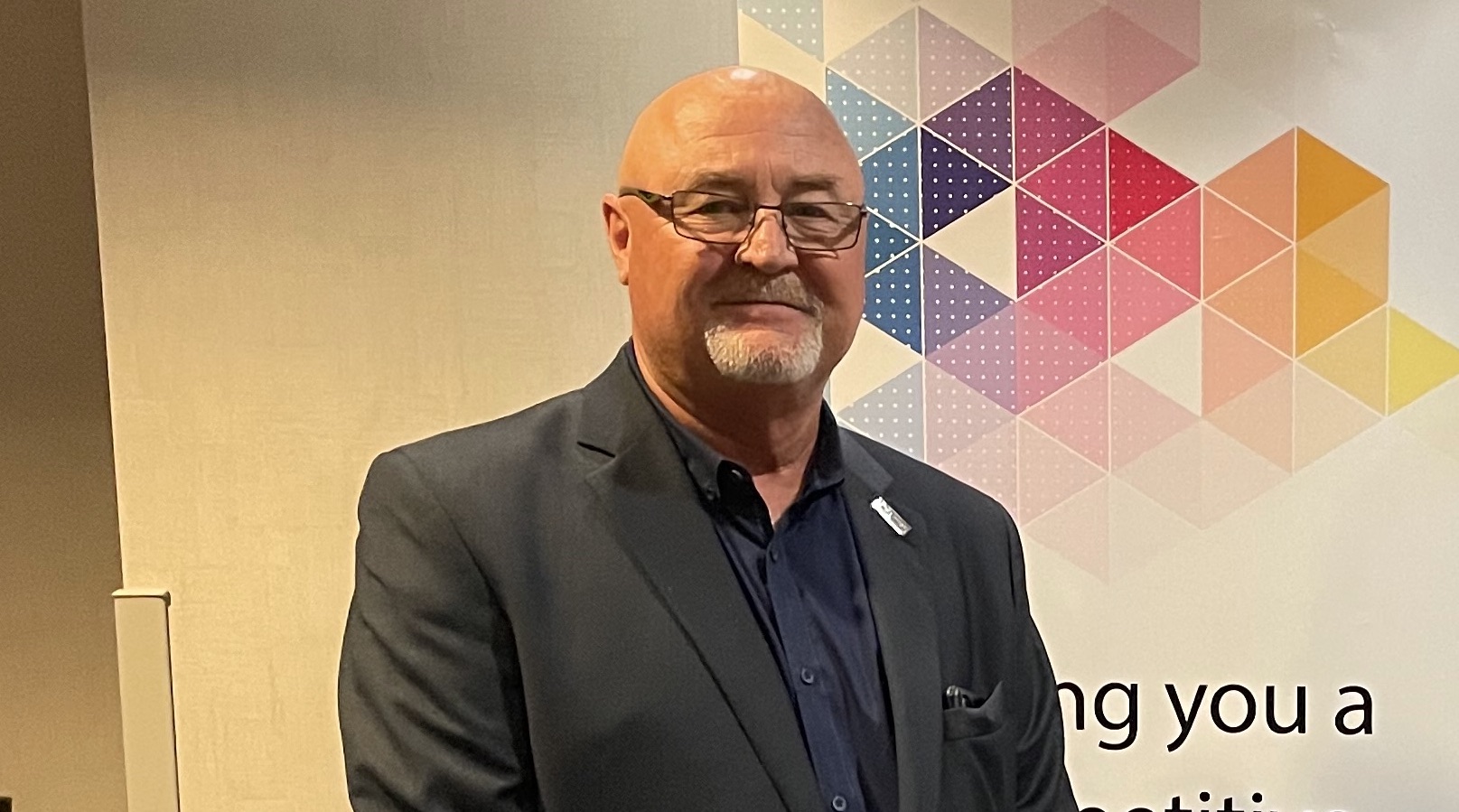 If you’re looking for an enthusiastic take on the security industry, talk to Patrick Straw.

He will tell you how supportive CANASA’s members are, and provide numerous examples of how industry competitors can also be friends and allies.

As the Canadian Security Association’s executive director for the last six years, he has steered the association through some turbulent waters, including two years of COVID which effectively shut down most opportunities for networking and trade shows. During this time he maintained his optimism and kept his faith in CANASA’s membership. He also credits CANASA’s staff for their steadfast support and commitment.

At the end of 2020 he was presented with a special “Outstanding Commitment” award by ADI Toronto branch manager Joanne Rowe (now area sales manager) on behalf of CANASA membership.

“You have shown support to all member companies, improved relationships with police services and been an open door of support to the industry,” said Rowe during the presentation. “During the challenges of COVID-19 you have maintained momentum on key association initiatives and been a needed resource during a very difficult time.”

Straw came to security by way of law enforcement. A family friend was a staff sergeant in the RCMP and suggested he might have an aptitude for policing. Straw applied in high school and was accepted right away. But after five years as a Mountie, he realized that his long-term interests lay elsewhere.

He visited an employment agency where a headhunter connected him with the owner of a security company. He joined as a sales rep then moved up to sales manager at a firm called Royal Monitor Systems. The company changed hands several times via acquisitions and ultimately became part of ADT.

As his career flourished, he worked for a variety of different companies in the industry including distributor Tri-Ed, vendor Gunnebo Canada, and integrator NESS Security. “I loved working for a privately-owned company where you reported to the owners,” says Straw of NESS, where he worked for a total of 10 years across two different employment periods. “It was easier to be more creative and come up with ideas. We had some really nice years at NESS.”

When he was recruited for the CANASA executive director role in 2017, he was already familiar with the association having served as a volunteer with the Ontario board (now called the Ontario regional council). He took on the director position at a time when the association had experienced a number of different executive directors in a short period and was looking for some management stability.

Straw’s outgoing personality and industry knowledge made him an ideal candidate for a role that includes networking, advocacy and brand-building.

Straw says that since joining as a staff member, his priorities for CANASA have been the provision of education resources, growing association membership and establishing relationships with emergency services.

Straw says his previous experience with the RCMP has helped him make connections with other police agencies, and he’s also joined the boards of related organizations like the Ontario and Canadian police chief associations.

From a membership perspective, Straw says diversity is the key — reaching out beyond CANASA’s well-established Canadian membership in the alarm and electronic security business to include guard companies and cybersecurity providers, as well as security companies that are based overseas and looking to expand into Canada.

Straw is also engaged with his counterparts at U.S. security associations like The Monitoring Association (TMA) and the Security Industry Association (SIA). “I participate in all their meetings. It keeps me in tune with what’s going on down in the United States. That’s also been a very interesting and rewarding part of this job,” he says.

And Straw also keeps tabs on how the security industry is viewed in a broader context across Canada, particularly from a regulatory perspective, which can vary, depending on the province security companies are operating in. “I’m constantly looking to find different pockets within the government that can affect our industry and get a seat at the table with them, so when the decision-making time comes, we’re there,” explains Straw.

Coming out of the difficult pandemic years, CANASA has returned to in-person trade shows in 2022, hosting Security Canada events in Laval, Que., Richmond, B.C., and Toronto.
“I’ve thoroughly enjoyed this job,” says Straw, who is now looking optimistically towards 2023 for CANASA. “I think my biggest, proudest accomplishment is the way we’ve united everybody across the country. We have the finest people in the industry stepping up to help out.”