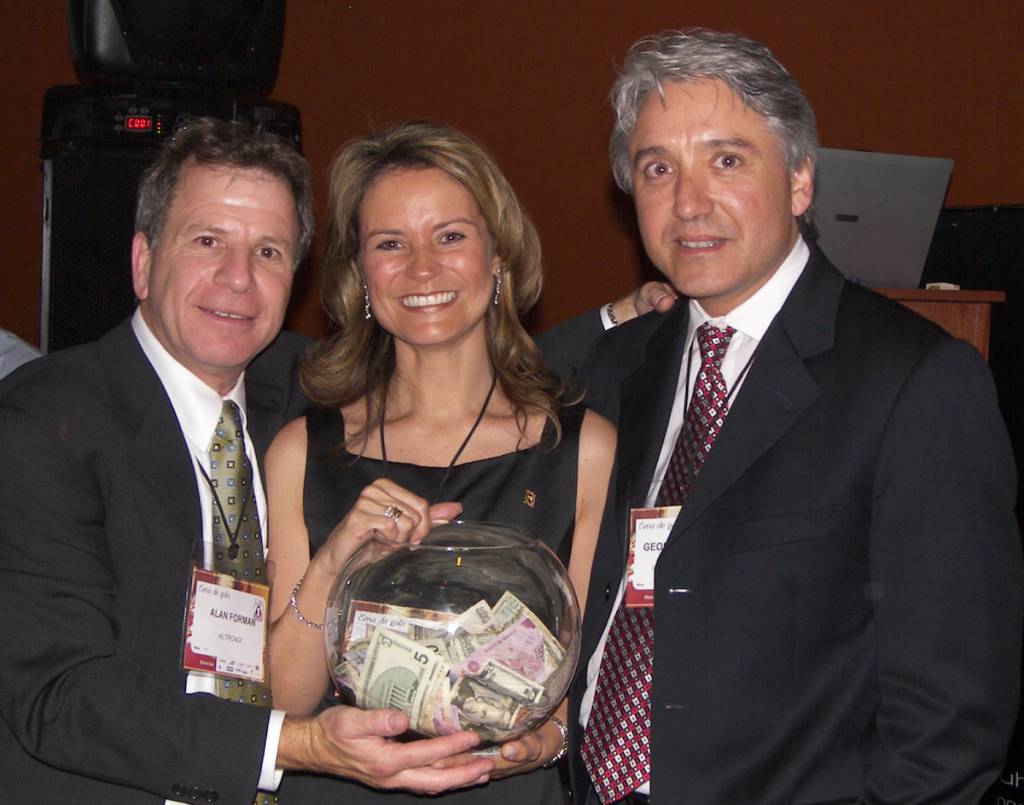 George Fletcher (right) with his wife Andrea and Alan Forman, VP of marketing, Altronix, at the launch of Mission 500 Mexico, in 2007

After more than 20 years with children’s charity Mission 500, founder George Fletcher says he has made the difficult decision to step away from its day-to-day operations and hand over the reins.

Mission 500 was established in 1998 by Fletcher, a Canadian who resides in the U.S., as a catalyst for his company to help 500 underprivileged children in Latin America through a donation program. In 2007, it re-emerged as a security industry-wide venture, helping hundreds more children and families, first in partnership with World Vision and then with other groups that support children and youth development globally.

Mission 500 came into Fletcher’s life as an epiphany. A tireless entrepreneur, Fletcher says he was giving so much of himself to his business, he came to a recognition that there had to be other meaningful ways to direct his energy.

“That was how Mission 500 was born. The realization of, ‘What are your priorities in life?’ Ever since then, I never approached work in the same way again. My whole mindset in terms of work-life balance has changed. Giving of my time or money became a priority — it had to be central to whatever I did. I’ve tried to stay true to that.”

Fletcher’s hands-on approach to Mission 500 has taken him around the world. Last year, he was involved in 11 events in five different countries. 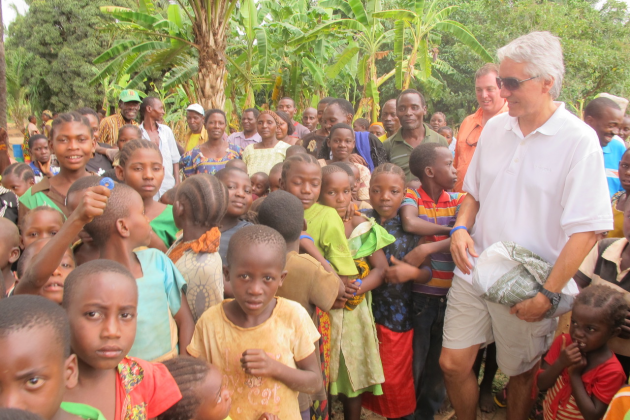 Fletcher at a Mission 500 project in Tanzania.

The organization has expanded on its original mandate to include fund-raising efforts such as 5K runs at ISC West; baseball, golf and hockey tournaments; security industry functions; and more recently, virtual events. Mission 500 has also led projects that help communities coping with the tragic consequences of natural disasters like hurricanes.

Fletcher estimates that more than 150 organizations and over 2,000 volunteers have engaged with Mission 500 to support its efforts to make the world a better place for children. Its partners include associations like the Security Industry Association, media outlets and dozens of companies — including Altronix, Axis Communications, HID Global and Napco — that support charitable endeavors through fund-raising and volunteerism.

In Canada, Mission 500’s Canadian committee has actively grown awareness of the charity through promotion at several Canadian Security Association events. SP&T News and Canadian Security are both supporters of Mission 500, organizing and hosting its annual security industry hockey tournaments in Toronto for the last five years. Since its inception, the Mission 500 Hockey Classic has raised money for such organizations as World Vision, Toronto Crime Stoppers and Peel Crime Stoppers.

“George was instrumental in getting me started with Mission 500 several years back,” says Paul Grossinger, Mission 500’s Canadian chair, Hockey Classic tournament organizer and group publisher of SP&T News. “George is an inspiration to all of us in the security industry. His leadership and compassion has made many of us stop and think of the importance of helping children in need.” 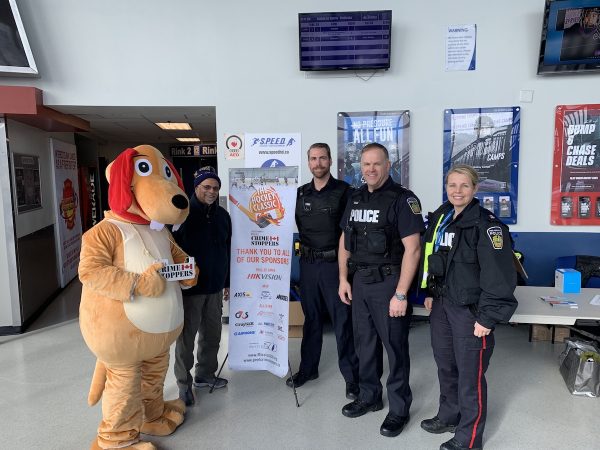 The Mission 500 Hockey Classic has been held annually in Toronto since 2016.

Fletcher says it took him two years to arrive at the difficult decision to step back from Mission 500 and pursue some of his other life goals. But the support the organization has garnered over the years will assure its future and continued growth, he says. Mission 500’s advisory and executive boards now include more than 25 security industry professionals.

Ken Gould, Mission 500’s chairman of the board since 2019, says Fletcher’s enthusiasm for the organization is inspirational. “His passion for it was just amazing. George was the sounding board for me.”

“George really was the driver and inspiration behind Mission 500 and is responsible for this whole thing coming together,” adds Vince Galdi, CEO of LRG Marketing Communications and Mission 500 board member. “He did a fantastic job getting it off the ground and recruiting people who are now tasked with continuing the good work and building on it further and that’s what we plan to do…. Of course, we’re sorry to see George go, but we wish him the best.”

Fletcher may be moving away from Mission 500, but some aspects will remain close.

“It will always be something I’ll be attuned to,” he says. “I’ll hop on a plane to Puerto Rico and fix roofs… I’ll go and pack backpacks at a local school to donate to school kids. If I’m available, I’ll step up. That’s my favourite part of the whole thing. It’s not sitting in a board room deciding strategy. That’s fun, but the best part is in trenches, interacting with the kids and the families.”