News
Genetec CEO: Why we’re the Switzerland of security 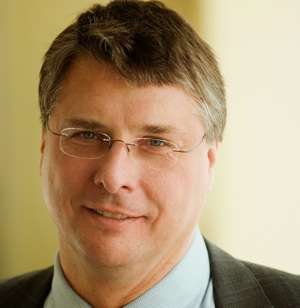 Genetec was launched in 1997 — about four years after Pierre Racz first started the company in the basement of his Montreal home. The company recently launched a re-branding effort as it moves into the next phase of its growth. SP&T News talked with him about the evolution of the company, the security industry and his desire to keep Genetec’s “Switzerland-like status”

SP&T News: What was the thought behind your new logo and branding?

Racz: The branding is just the tip of the iceberg. This is just one part of a quite larger process of transforming the company. This started a while back. Companies hit glass ceilings at various sizes — $1 million of business, $15 million of business, five years in existence, 10 years in existence and so on. So we’ve been breaking through these ceilings one after another. We’re a company of about 280 people and we are confronted with internal organizational issues and we’ve been transforming the company to be able to deal with growing beyond 150 people. Among other things, we have a new chief operating officer who successfully guided another company from five people to 750 people. We’ve done many other internal steps and one of these steps is the way we are delivering solutions to our end users.

More and more what we’re doing is we want to help our integrators to get more out of our product. We have many features that integrators don’t use so what we’ve done is created groups that work with our integrators as part of a work and learn program and so all of this put together coincides with us refreshing our corporate image to be more of a global image.

SP&T News: You’re opening an office in Singapore. What percentage of your business is in Canada now versus the rest of the world?

Racz: It was about 12 per cent last year in Canada. We are growing only organically. We have zero external investors and we plan on keeping it that way. It limits the rate at which we can grow because our growth is entirely self-funded.

What happened is, we knew we had to expand into Asia but doing it on your own steam we didn’t have the critical mass until about a year-and-a-half ago and then we hired Charles Cousins who is our managing director for all our Asian sales operations. We have to credit a lot of our success to serendipity but Charles is an Oxford-educated engineer who has lived in Singapore for 17 years and knows the area and the timing was perfect and he really has been successful in organizing our business and even in countries we didn’t expect.

Asia was divided into five — Australia, India, Japan, China and the rest of Asia. We lumped in Korea to the rest of Asia but were servicing it from Japan and now we realize we need a sixth region there. So we are soon going to be looking to expand in that country because without even having a presence there we are doing well in Korea.

SP&T News: Where do you do the most business?

Racz: Before the recession, and you will see I am an engineer and not an economist, I thought Europe would fair better than it did and so what we did is we focused our effort in the Americas and Europe but America, after the crisis has dusted itself off and took off almost like nothing happened. Currently our biggest region is the United States, but Europe is a close second and we expect when the economy picks up there we will see equal revenues coming from Europe. It is very culturally and financially fragmented and relatively wealthy and in some countries like France we have great penetration in green field versus England which is a replacement market. In other strong European economies we’re doing well.


SP&T News: So your firm desire is to stay independent?

Racz: We get a constant stream of venture capitalists who want to just have a conversation with us. Five years ago we didn’t know what that meant and we were flattered to have those conversations and wasted a lot of time and energy there. Now, that kind of flattery doesn’t affect us anymore. We have a mission and vision of where we’re going and it doesn’t include selling out to our partners or taking partial investment from our partners because it would destroy our Switzerland-like status. In fact very much to the contrary we’ve been doing many internal things — we have a detailed succession plan so if something happens to me, the company can go on. We’ve always been cash-flow positive and as engineers we’re very careful with money and five years of audited statements under our belts to prove we are careful and sometimes it is used by big customers to want to know we’re on solid footing and that we’re not likely to go anywhere any time soon.

SP&T News: You recently changed your relationship with Anixter. Why was that?

Racz: Our mutual expectations going in were not completely aligned. They only saw us in the very high-end of the market and they had products that complement ours in the lower end of the market but we were expecting a broader representation. By consequence they brought us into parts of the market we were already reaching which was not what we were expecting. We still work with them in certain geographic markets. The timing was not right for both of us. Our solution is much more scalable and we were hoping they would be able to help us there but in the smaller systems it’s hard to get through the noise of the market.

SP&T News: Are you aligning with specific integrators? You’ve created your channel partner program. What are you hoping to achieve with that?

Racz: What we wanted to do is have a much more formal way of approaching the market. We wanted the rules of engagement to be much more clear. Five years ago when I hired Guy Chenard, vice-president of sales, I told him his goal was to make sure every deal did not turn out to be a political fight. He has drastically reduced the political issues we have to deal with our partners but we have now formal rules of engagement on our website so it’s clear how we make our choices. It’s very transparent and we should be able to reduce any discontent between our partners.

The channel partner program was official launched in March and is part of the maturing process of the organization. We had virtually no sales organization five years ago — we were a bunch of engineers then. So in the last five years we’ve learned a lot and you can see the partner program is a clear sign that we’re starting to get it.


SP&T News: It seems to be set up similar to the way IT vendors set up partner programs.

Racz: Yes. What we’re also trying to do with this is ensure that the customer will get the best proposal. Sometimes there would be some that would come in at lower cost than people who worked the project more closely and the end user might not have got the best bang for their buck. We also had to deal with unhappy partners. By doing this we’re hoping to address that.

SP&T News: Have you had good reaction to the partner program?

Racz: Yes and contrary to our competitors we’re not trying to get more partners we want fewer and better partners. As I put it to the general manager of Axis, we’re not a polygamist organization, we’re a polyamorous organization — the difference is clear. Polygamy implies very little affection and we have a lot of affection for our partners.

Racz: Once everything is gone network we’ve been able to do things we were unable to do before. For example if all on an analogue system redundancy becomes very difficult. We have one customer with three redundant control centres and one is on a different continent. It’s impossible to do these things with analogue. Digital solved a lot of problems but every technological solution will solve a problem and bring up two more problems. So yes we are solving a lot of problems but it is increasingly becoming IT-centric.

Initially, when we started 13 years ago, it was very hard to get people to pay for software. They would pay for hardware but software was free. We have crossed that and brought them to understand there is value in paying for software. Another struggle we had was there is value in software maintenance agreements because these are living breathing systems and have to update the patches on the operating system and these things can break our code and they don’t keep their network stable that can interfere.

SP&T News: Do you find the security industry frustrating at times given it is sometimes slower to adapt to new technology?

Racz: If you read some of the stuff I wrote in the late 1990’s I was sure IP cameras were going to be dominant by 2001-2002 — how wrong I was. It was only by 2006 that people did get it and understand that NTSC or PAL was a low patch filter on the image quality and that we would have to free ourselves of those shackles and it is happening. There’s a lot of fads that come and go just like any other industry. You saw the fad of analytics — five years ago you couldn’t get into a project if you had analytics and then the industry cooled down and now the expectations are more realistic.  You can see this also with megapixel and now I think customer expectations about megapixel are much more realistic. Having many megapixel cameras comes at a cost of higher network bandwidth and higher storage and less light sensitivity.