News
From the archives: PSIM promises

PSIM is a one-dashboard approach—the coming together of potentially disparate security technologies. 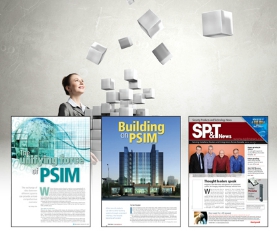 PSIM has been around for about 10 years. Just over six years ago, SP&T News gathered a group of security professionals to talk about security standards, particularly ONVIF and PSIA which at the time were relatively new. That discussion evolved into the practical application of standards in security and where PSIM fits in. “In the future, what you’re probably going to be looking at is PSIM—something which will take all those systems and give you a monitoring platform. And until we have standardization, really, you can’t do that because everything is basically a customized design,” Kevin Nixon, regional security manager, Anixter Canada, told the roundtable panel.

The following year, SP&T News declared that 2011 would mark an evolutionary time for PSIM. Chris Wooten of NICE Systems said the target for the software was clearly enterprise or large infrastructure clients “such as airports, seaports, mass transit organizations — not your convenience store or small, four-camera or small access control system…. We’re looking at linking technologies together but also people and processes.”

In 2012, an SP&T News reader poll indicated that PSIM was buzzworthy and growing: with more than half the vote, PSIM edged out both BYOD and NFC as the biggest buzzword of 2012.

Also in 2012, SP&T published an article called “The unifying force of PSIM,” by Debjit Das, vice-president of marketing for Verint. Das wrote about the benefits of leveraging PSIM in conjunction with a VMS, especially when integrating a mixture of both IP- and analogue-based systems — a common situation for a variety of end users.

It seems 2012 really was the year of PSIM, at least in terms of buzz… An article published in October entitled “Building on PSIM” by Sam Boyajian of Johnson Controls Canada considered the merits of PSIM in terms of integration with a building’s essential systems like HVAC — particularly on the access control side. “It is becoming clear that a security system can do much more than simply open doors or provide video surveillance,” he said.

During an integrator roundtable hosted by SP&T in 2013, Robert Burns of Convergint indicated that interest was still high: “We see that from our customer base. They want to get more efficient business uses out of their security systems and the more we can integrate them in with their businesses processes, the happier they are,” he said.

Fast-forward to 2016, and what does PSIM look like? In an interview with SP&T News sister magazine Canadian Security, Vidsys CEO James Chong suggested that we are moving into a post-PSIM era with the advent of CSIM — converged security and information management. Vidsys demonstrated its CSIM solution at the annual ASIS International conference, held in Orlando.

Chong said that CSIM stretches past PSIM with its ability to integrate a wider variety of software and data points, including social media alerts. How does this redefine PSIM technology? Time will tell.