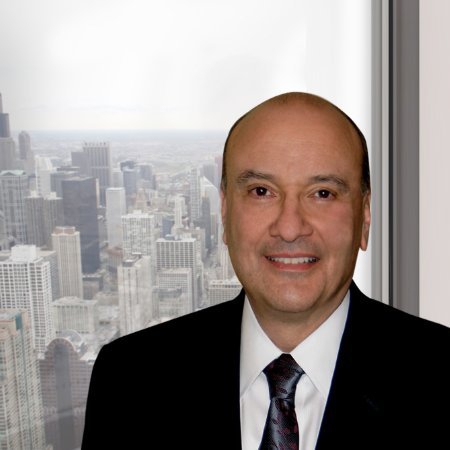 Frank De Fina, who passed away in July, served as senior director, strategic sales, for Hikvision USA. Prior to joining Hikvision, his leadership in the security industry had a powerful impact on companies such as Panasonic, Samsung Techwin America, and SightLogix.

The Lippert Award, which was founded in 1989, is named for George R. Lippert, who dedicated more than 20 years of his life to the security industry and SIA. Recipients of this yearly award are honored for their exceptional service and their reputation for being a goodwill ambassador for SIA and the security industry.

When evaluating those nominated for the award, the SIA Lippert Award Committee considers candidates’ long-term service to SIA and the security industry, the impact of their efforts on behalf of SIA and the industry, and their integrity, leadership and diplomacy as demonstrated in industry dealings. Members of the committee chose Frank De Fina unanimously when selecting this year’s award recipient.

“Frank De Fina was a very kind man whose knowledge, experience, and wit made extraordinary contributions to our community. It is with great respect that we award the Lippert Award to him this year. He is sorely missed,” said Don Erickson, CEO of SIA.

De Fina was devoted to helping others, which was reflected in his work with SIA. A security systems technology program that he and SIA developed for New Jersey’s Mercer County Community College provides educational opportunities and job training for young people pursuing careers in the security industry. The two-year program fortifies the growing security industry by increasing the number of skilled professionals in the field.

“As students continue to benefit from the program that Frank established at Mercer College, we are all reminded of Frank’s dedication to giving back to the community,” said Mr. De Fina’s wife, Patricia De Fina. “Frank really enjoyed working with SIA and it means so much to us that SIA is honoring him with the Lippert Award.”

Mrs. De Fina will be accepting the award on her husband’s behalf at the SIA Honors Night gala on November 18.

Jeffrey He, president of Hikvision USA and Hikvision Canada, praised SIA for recognizing Mr. De Fina’s accomplishments. “Frank’s leadership left an indelible impression on our company. He was greatly respected by all who knew him and this award from SIA is a testament to his great achievements in the security industry.”