Vancouver-based Guardteck Security Co. announced Tuesday it has acquired Fitch Security Integration Inc. of Toronto. Details of the financial transaction were not disclosed. 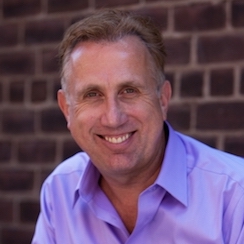 “We are excited to have a respected company such as Fitch Security Integration part of the Guardteck family,” said Seth Fruson, founder and CEO of Guardteck, in a statement. “We are looking forward to integrating Fitch Security into our current service offerings and to honour the legacy the company has built over the last 40 years. Having an industry leader like Ed be a part of our national growth strategy will contribute to GuardTeck’s commitment to delivering the highest quality of security and integration services.”

“This acquisition by such a highly regarded company as Guardteck represents an important part of Fitch’s long-term plan to strengthen its national position in key industry sectors. We look forward to working with Guardteck to this end,” added Edward Fitchett, founder and president, Fitch Security.

Final Image Inc. were exclusive advisors to the transaction. Bill McQuade, president of Final Image, commented, “As we continue to help companies find cohesive fits for such transactions, Guardteck’s acquisition of Fitch Security demonstrates a trending example of what is to come within the industry as companies start considering market expansion, penetration and revenue growth strategies.”

Fitch was founded in 1981, marking 40 years in business this year. The company was awarded Integrator of the Year in 2018 by SP&T News based on an access control project completed for a student residence facility in downtown Toronto. Fitchett was inducted in SP&T’s Hall of Fame in 2017.