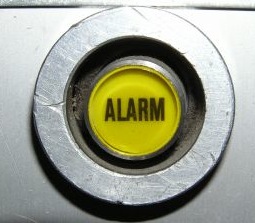 While the importance of having an alarm system in place is a no-brainer, the number of false alarms is causing major headaches for police, customers and central monitoring stations.

In many cases, an alarm is accidentally triggered through improper
arming or disarming of the system, or a squirrel or cat sets of the
motion detector, or the equipment becomes dirty. More municipalities
are invoking fines for false alarms, and in some cases customers have
stopped arming their alarms for fear of accidentally setting them off.

The biggest issue, however, is that police are misdirected from real
emergencies to deal with false alarms. So last winter, the Durham
Regional Police Service revamped its alarm management program to battle
the costs associated with false alarms. The DRPS worked with CANASA to
come up with a service agreement for all central monitoring stations
that it works with. (CANASA has said it is trying to get the industry
to self-regulate to avoid any further bylaws from individual
municipalities, but sources from CANASA would not comment on the issue
for this story.)

The DRPS used to do what many police agencies do across North America:
citizens register for the alarm management program and police attend
their residence or business at no charge for the first two false
alarms. But, in the case of a third false alarm, the citizen would be
suspended from service, and either have to pay a reinstatement fee or
wait out a 365-day suspension.

There were ethical questions about this practice, says Marla
Stephenson, project team lead for the alarm management policy rewrite
with the DRPS. “Every police department has a cost-recovery system,”
she says. “All we want to do is recover the costs of having officers go
to false alarms.” The program also addresses the reduction of false
alarms and, in turn, the reduction of complacency.

The DRPS was concerned about that fourth alarm – if, in fact, it turned
out to be a real life-and-death situation – so it was considered
important to take that suspension component out of its policy.
“Complacency is always very dangerous in policing as well as in the
security industry, so we want to make sure we treat each and every call
as an emergency,” she says. “If we’re getting about 94 per cent of all
alarms being false, it’s difficult not to let your people get there, so
the reduction in false dispatches was very important as well.”

Under the new program, which went into effect on January 1, there is no
cost for registration, and if an alarm turns out to be false, an
invoice is sent to the central monitoring station that requested police
attendance. The DRPS also requires an attempt to verify the alarm. As a
result, it’s had on average a 25 per cent decrease in false alarms, and
that number is expected to improve. “There are always going to be false
alarms,” says Stephenson. “Whether that turns into a false dispatch is
up to all of us working together as a team.”

In many cases false alarms are triggered by accident, so much of the
problem can be minimized through education. “In some cases the police
see it as a big waste of time, but it’s a necessary intervention,” says
Daniel Demers, CEO of Reliance Protectron, which recently bought VOXCOM
to become the largest Canadian-owned alarm company. “We are not a 911
operation but often we see ourselves as being one because every time
there’s an alarm, it could be an actual event.” There has to be a
balance between acting diligently, he says, while allowing for
accidents.

“As much as I don’t like having to deal with imposed regulations, the
upside is it forces the industry to find ways to operate better and
work with vendors to create better products or packages,” he says. In
Europe, however, there is substantial use of private verification
because in some cases regulations are so restrictive that police will
not respond to alarms. Or, if they do, the penalties are so high for
false alarms, that it forces the introduction of private services
including guard patrol.

“We need to work together with CANASA to find ways to educate, starting
with the alarm companies,” says Demers. “Indifference to our products
and services is worse than regulation.”

The Association of Chief Police Officers in England, Wales and Northern
Ireland has mandated waiting times for alarm response, since they
believe that entry delays may be creating an issue. That gives
customers time to reset the alarm if it was accidentally triggered –
but the downside is if a real alarm occurs, precious moments are lost.
“Those are decisions we can’t make,” says Tom Gillis, vice-president of
engineering with UTC Fire & Security.

For UTC, this is a significant problem – but the solution has to be
tailored to the specific customer. The company has some residential
customers, but mainly deals with commercial properties, from small
businesses to global enterprises.

Low-end burglar alarms do a reasonably good job of detecting an
intrusion, but they’re prone to environmental interference factors.
“They don’t always distinguish between a small amount of heat and the
amount that would be equivalent to a human body,” he says, “so a
squirrel could go in front of the infra-red motion detector and trigger
the alarm.”

The technology did its job to the extent that it was capable, but there was still a false alarm.

“If they can afford it, put in the best technology available,” says
Gillis. This could include video verification, where a camera is placed
on-site or at the point of entry to confirm an alarm. There are also
simplified user interfaces for arming and disarming, such as wireless
key fobs, as well as more intelligent sensors that can distinguish
between a human being and a small animal.

There are some advantages to using video verification, says Demers, but
not in every case. “You can easily get into trouble trying to use
cameras for outside verification,” he says, since operators will act
upon specific events, such as a fire alarm or panic button going off.
“How are operators to decide if it’s a thief or an employee at the
other end of the camera? They’re often falling to interpretation, which
is not what they’re hired and trained to do.”

Down the road, when wireless access to the Internet is more ubiquitous,
operators will be able to send those video streams directly to the
customer, who can then let them know whether or not to proceed. But
even when the technology is available, deployment won’t happen
overnight. “I see a ramp-up that’s going to take longer than we first
anticipated,” says Demers.

Another technology is wireless key fobs, but those can cost in excess
of $100 a piece. So ADT launched a new key-tag on August 1, called
SafeWatch SafePass, which will retail for $20, where the user presents
the key-tag in lieu of entering a code.

“It’s a simple interaction,” says Ann-Marie Rouse, manager of strategic
product planning with ADT Worldwide. “There’s nothing else they need to
do or think about or remember.” This could be particularly useful for
the elderly who have trouble seeing the keypad or remembering their
code, or parents coming in and out of the house with their arms full of
groceries. The key-tag has to be presented within a half an inch of the
keypad itself, so it won’t arm or disarm the system from across the
room. There are no batteries involved – it’s passive infrared – so the
key-tag can’t die or run out of power.

“A system that’s not armed is not doing anyone any good,” says Rouse,
“and if they become uncomfortable with arming and disarming the system
because they’re afraid of forgetting their code, then we worry they’re
going to stop using their system.”

At this point the key-tag isn’t going through dealers. “We’re still
testing,” she says. “We don’t know what the uptake will be, we don’t
know how it will be received by the masses, so we want to be cautious
and work out any issues we didn’t expect.”

Another technology that tackles false alarms, more on the corporate
side, is addressable control panels. A false alarm can be triggered
when a detector gets dirty, and they tend to get dirty over a period of
time, says Jim Spooner, product manager for Silent Knight. As a
detector gets dirty, it gets more sensitive, so it takes less to go
into alarm. But regular maintenance can be expensive and timely.

Using addressable technology, the detectors check in every three hours
to see if they’re getting dirty and what their sensitivity levels are.
“We are able to adjust the sensitivity on the control panel, so we can
avoid false alarms,” he says. “You can’t do that forever, but we also
have the ability to alert the control panel that it’s starting to
become a maintenance issue.”

Once a month, dealers can upload a detector status from the control
panel to see if there are any maintenance alerts; if so, they can then
pre-schedule an appointment with building management.

For the industry, it’s a Catch-22, since you have to have alarms, but
you’re punished if one goes off accidentally. The majority of false
alarms, however, are from older, antiquated panels that probably need
to be updated, says Spooner, so industry regulation may be a bit
premature.

“It may be that they need to better examine what’s causing the problem
instead of a knee-jerk reaction to what’s happening out there,” he
says. “A lot of these problems can be eliminated by proper maintenance
of the control panel – the ball gets dropped and then the false alarm
problem happens.”