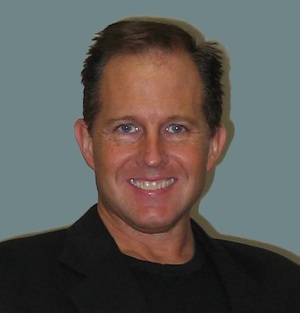 Doyle Serink has been quietly building his business one blog entry at a time.

The Edmonton-based owner of Ion Security and DJ’s Sound City says by posting information for his prospective clients about trends and some of his recent installations, he is allowing himself to be up on ladders and spending more time in client locations. Since he runs his business essentially as a one-man operation, he needs to be able to market himself and his services while also having feet on the street.

For example, a recent entry on his blog techtipsandtoys.com he wrote recently on camera installations for doctor and dental offices netted him three quotes. Since he started blogging in November he has won about $23,000 in new business.

Serink has always found a way to look at the market and size up what was drawing interest from consumers and tailor his business to address current demand. By committing his knowledge to the web in the form of his blog, he is sharing his ideas on a global scale.

A graduate of the University of Alberta with a Bachelor of Commerce degree, Serink first sold telephone key and PBX systems and then cellular telephones.

In 1995 Serink started up a systems integration company called DJ’s Sound City in Edmonton, concentrating on commercial audio and video installations primarily for the hospitality and dental industries.

In 1997 he attended his first ISC West show in Las Vegas and started selling CCTV camera systems along with audio and video systems and networks.

After the financial crisis and collapse in 2008 he purchased a commercial building and moved his offices and shop to the new location.

“It was at the time of our office/shop move that I began to become frustrated with the choices of equipment and alarm system providers. I wanted my new security system to be on the forefront of technology and all the alarm companies I called wanted to put in the most basic equipment and get me to sign long-term monitoring agreements,” he says.

The downturn in the economy took its toll on systems integration companies in the Edmonton area, so much so that several of them closed their doors.

Serink’s company, DJ’s Sound City, also struggled during that time. He downsized from 13 employees to two who are now part-time and he looked for new business opportunities, with alarm system sales and installations coming to the forefront.

“In 2009 the alarm industry was at the precipice of change,” he says. “IP cameras were at their infancy and alarm systems were quickly becoming home automation systems.”

DJ’s Sound City was already installing analogue camera systems, computer networks and audio and HDTV video networks and systems so he saw moving to alarm systems was a natural fit.

“There was the segment of the security market that shunned the new emerging technology, focusing on cheap basic alarm systems and RMR monitoring with long term contracts,” he says.

The other segment of the industry had the vision “to see where the industry was going and embraced the new technologies and the potential for exponential growth in RMR through enhanced services.”

“It’s that second, smaller segment of the industry that I wanted to focus on using alarm systems at the hub of a complete home integration system,” he says.

While he was successful as an integrator selling and installing audio, video and camera systems under the trade name DJ’s Sound City, Serink felt his existing company name did not accurately reflect the security side of the business. A name change and new strategy was necessary to market and sell integrated security systems successfully.

“I have continued operating under that name as well but my marketing strategy moving forward is to focus sole on Ion Security since the name more accurately reflects system integration of alarm, security cameras, audio, video and data networks,” he says.

Along with the new company name came his new marketing strategy which encompassed his website: www.ionsecuritysystems.com and blog: techtipsandtoys.com.

While his website is 90 per cent complete, he says most of his new business is generated from his blog traffic.

“I did some research on blogging for about three months prior to launching mine, but pretty much went into it blind not knowing exactly what I was doing, who was going to read it and what impact it was going to have on my business,” he says.

“A couple of months ago CANASA Executive Director JF Champagne wrote an article titled “Should Organization Tweet?” While I can’t say for certain if security companies or organizations should Tweet I can say from first hand experience that every security company, systems integration company, distributor and manufacturer should absolutely blog,” he says.

Serink says blogging is a modern version of the old monthly newsletter he says keeps you in touch with your customers.

“Now, when a customer asks me a question I will often hand them my card and point to my blog address. It just saves me a lot of time,” he says.

Although he notes that while the blog has been a great way to reach a wide audience, he notes it often brings calls from far a field, beyond his service area.

“I had a guy contact me from Melbourne, Australia and one from Ohio. In that respect you can’t restrict your marketing efforts on the web. I may send the one guy some pre-programmed equipment but for others I have to say it’s too far,” he says.

Blogs, he says are great ways to handle frequently asked questions from customers.

“If you have customers phoning you or customers asking you the same types of questions over and over again, blogs are great for providing that information. As a single system integrator I get asked the same questions over and over again such as ‘What’s the difference between a regular camera and IP camera? What is a water/flood sensor and how does it work?’ Blog posts can be stories on how your alarm system or water sensor or smoke alarm saved a family’s home from ruin,” he says.

Serink says he got a $3,000 audio video job from a blog reader who identified with a home theater installation rewiring he had done.

But he says he takes the time to write regular blog posts — often three a week and makes sure the content stays fresh.