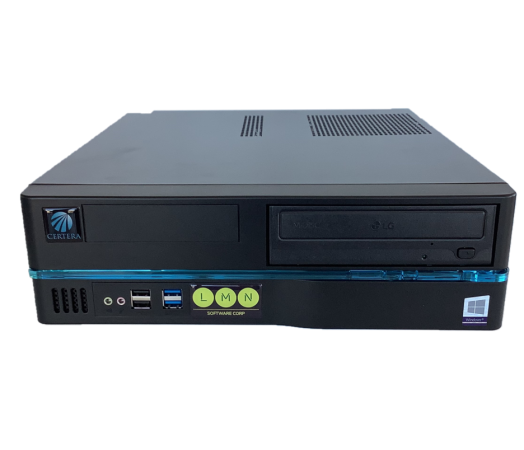 The business partners in a new company called LMN Software have introduced an appliance they say is ideally suited to monitoring networks that host security equipment like cameras, access control readers and other IoT devices.

John Day, the company’s Toronto-based founder and chief technology officer, says he got the idea based on his observations as a manufacturer’s rep. (Day is also the principal of rep firm ThinLine Sales Agents.) Most network monitoring appliances, he says, require a high degree of IT knowledge, meaning that security installers may have to rely on outside expertise to complete certain types of jobs. “That’s a dilemma in the security business,” says Day. “There’s often an abdication of the network to whomever.”

Day’s solution is an appliance called EdgeSentry that he says is highly capable of monitoring network activity yet is relatively simple to install and manage on an ongoing basis.

The EdgeSentry device can be installed between two switches on the network, or between a switch and a router. It uses network span or tap to connect to the network and begins monitoring traffic as soon as it is installed.

“It watches 24 hours of network activity and creates a profile of what the network is,” says Day. “Our goal is that any security installer would be able to walk in, attach this to the network, get it running and walk out in half an hour knowing that the system is doing what it’s supposed to do.”

EdgeSentry alerts the user via email if a device is unresponsive to pings, if a device has been installed without authorization, or if a device attempts to connect with another network.

EdgeSentry also includes a UPS monitor that will contact the administrator if a UPS on the network switches to battery power or fails a diagnostic test.

Day says he began to take more of an interest in network security about six years ago, and took some courses to develop his skills base. His professional hobby became more of a serious undertaking two years ago when he started down the path of product development. He brought on business partner Jeff Leite, a Pennsylvania-based security sales professional who recently joined LMN Software as vice-president of sales and marketing.

EdgeSentry’s software is developed in Canada by Day and the devices are manufactured in the U.S. Day says the product will be sold mainly through distribution channels. The company has American distribution in New York, New Jersey and California and recently added a Canadian distributor, making EdgeSentry available in five provinces.

The customer base for EdgeSentry could be literally anyone who has experienced network security risks, says Leite. More specifically, the product has drawn interest from potential customers in retail and gaming, among others.

EdgeSentry is not aimed at organizations with big, dedicated IT departments, adds Day, nor is it suited for networks that support a large number of servers or computers. It will, however, handle 500 devices, provided most of them are IoT devices like surveillance cameras, intercoms or thermostats.

Day says he is working on a smaller version of EdgeSentry for networks with fewer devices and is also developing a multilingual version of the software. Currently, EdgeSentry’s main mode of communication is email, but support for SMS may be available in a future release.