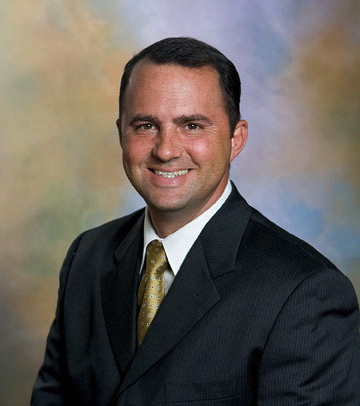 Eagle Eye Networks is expanding its presence in Canada with the addition of a new national sales manager and a plan to grow its channel footprint here.

Eagle Eye president Ken Francis said the cloud video surveillance company has expanded its global reach in the last 18-24 months “in spite of the headwind from COVID,” with growth in Latin America, the Middle East, Southeast Asia, Australia and Europe.

Canadian growth was originally part of a 2022 objective, said Francis, who joined the company five years ago as employee number 17 (it is currently an organization of about 265). Those plans moved up a year when the company hired Ceres Silva as sales manager for Canada in April.

Silva, who has previous sales leadership experience in the Canadian surveillance market, is tasked with expanding the Eagle Eye channel here. Eagle Eye’s existing footprint in Canada includes a data centre, which opened in Montreal in 2015 (one of 11 globally), and approximately 35 dealers. Francis said he anticipates that number could grow to more than 100 dealers in the next two years.

“This is how we’ve been successful everywhere else in the world: find somebody that’s done this before — somebody that’s built a channel in the region — and then build an organization around them,” said Francis, explaining Silva’s pivotal role.

“I like to focus on reseller companies that have really great project management, because they deliver the best customer experience.”

Historically, the company has had better market penetration in Western Canada, so initial growth will focus more on the East in major centres like Toronto and Montreal, said Francis. The company is also developing a French language version of its Eagle Eye VMS.

Eagle Eye has been growing at a rate of 2x annually for the last five years, according to Francis. The pandemic has not altered that trajectory — Eagle Eye’s global revenue almost doubled during the pandemic and the company had a record first quarter in 2021.

The pandemic may have demonstrated the advantages of cloud systems, but this is a technology that was already in its ascendency.

“There’s something going on in the market where the transformation from on-site systems to cloud systems is really accelerating. The acceleration is caused by IT leaders moving all of their systems into the cloud, not necessarily because they got a phone call from Eagle Eye,” said Francis.

There is a new premium on systems that can be operationalized and maintained remotely. That type of infrastructure was advantageous during COVID lockdowns and the move towards working from home in greater numbers.

“We are benefitting a lot from what’s happening in the marketplace,” said Francis.

“It had already happened with ERP (enterprise resource planning) and CRM (customer relationship management) and other back office commercial enterprise systems. We are right in the throes of it now,” said Francis.

The next frontier for Eagle Eye is stepping up the AI-based capabilities of its cloud platform. According to Francis, the technology can already support relatively simple tools like people-counting but there are plans to dramatically increase AI sophistication to include elements such as people and object recognition.

“Our biggest investment over the next 18 months is going to manifest itself in what the market calls AI feature sets,” he said.