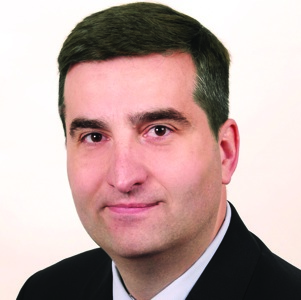 SP&T News asked Provinsal about the changes at
the top, the new product line and how the company is evolving to serve
its traditional market as well as the more complex system integrator.

SP&T News: What does the position change mean for you?

Provinsal: It used to be that I focused most of my time on marketing
and product strategy, and now, although I still do that role I am also
managing the other functional areas of the business – the sales team
and managing operations, which has significantly expanded my role in
the organization.

SP&T News: What about Dr. Alan Calegari’s role in the organization? What is his position now?

Provinsal: He is part of the board and the nice part about that is on a
day-to-day basis I can communicate with him and get guidance from him.
In some respects there is some mentoring involved, and in other
respects he’s staying actively involved in the strategy and the
business at a board level but he’s not down here every day worrying
about things, I’m doing that; he’s providing big-picture guidance.

SP&T News: Will the position of president be filled again? Are you interested in that job?

Provinsal: I’m not thinking beyond just doing my job right now – that’s
up to the board to decided when they will announce a permanent job.

SP&T News: When Alan came into the position two years ago he wanted
to restructure the distribution channel and make some changes within
Dedicated Micros to position it for the future. Was that completed or
something still on your plate?

Provinsal: There is still some transitioning going on but I think the
bulk of the work is done and I think that’s part of the reason — Alan
felt his mission to restructure and get the company back on track was
completed where the board thought it needed it to be and he did a great
job doing that, and now they’re asking me to finish the job he started
and keep us going along this path.

SP&T News: What are your goals in this position? Do you have
anything in particular in mind. Much of the technology is changing
fast, are you trying to look at new products or repositioning the
company in terms of the future of the DVR?

Provinsal: The company has been working on a two-year product roadmap
strategy about where do we want to be in two years. We have a slew of
new products, many of which have been introduced at ASIS, which take us
into the higher end of the business instead of the low-to-medium end
DVR sales, we’re really positioning ourselves to go after the premium
segments of the market with higher feature sets and larger systems.

SP&T News: Can you talk about the products you’ve launched at ASIS?

Provinsal: We have what we’re calling the DV-IP series of products.
There are a number of DV-IP network recorders — they’re all high-end,
they’re not meant to be distribution products – they’re all designed to
go with systems integrators — our certified partners. It can range from
a simple four to eight camera installation to thousands of cameras —
it’s all very scalable and have new and exciting features that are
digital — such as IP camera support, mega-pixel camera support,
high-definition display — all the next generation of technology.

SP&T News: Will you also be looking more to software applications?

Provinsal: Our company will always be a combination of software and
hardware, but yes, we’ve put a lot of energy on the software side these
last two years so we can support the IP camera – the network, open
source network cameras. Two years ago we were almost 100 per cent
analogue but in the higher end of the market where everything is
integrated including access control — there is a lot of software.

SP&T News: Sony, Bosh and Axis are pushing the development of video standards. Are you becoming involved in that?

Provinsal: Absolutely and where we’re pushing it is through SIA
(Security Industry Association). We are active members of the standards
committees. They have standards for video and they are now trying to
develop standards for analytics and a committee working on standards
for transportation applications. We’re working with SIA and other
manufacturers to help development those standards.

Provinsal: About two years ago when Alan came on board that was part of
the fundamental strategy — to start interacting with end-users. Before
that we were always hearing requests via third party through our
dealers and integrators and we were trying to learn what do we need to
build? We actually have a portion of our workforce that now, on a daily
basis is communicating directly with end-users and trying to help find
out what their real requirements are and help them. Although we don’t
sell directly to end-users we definitely work with the end-users and
bring partners in to do the execution.

SP&T News: By having an end-user or someone from your company
talking directly to other end-users, do you find you learn more about
the pains of customers?

Provinsal: I think part of it is I think there is a comfort zone to the
end-user when the manufacturer of this product is going to stand behind
this custom solution. More and more the end-user is asking for
something that doesn’t quite come out of the box — a Point of Sale
System — there’s something unique they want to do with the system that
requires the manufacturers’ involvement. When we’re standing there with
the systems integrator in the same room with the customer we’re going
to make sure it gets done properly.

SP&T News: What about the economy? Is Dedicated Micros feeling any pressures?

Provinsal: I think everybody is going to feel the effect. From our cost
of sales – traveling to meeting with customers, everywhere there is an
effect. It’s about getting a little smarter about what projects do we
go after, what type of support do we provide? Do we always get on a
plane and go see the end-user or do we get a little smarter about
teleconferencing, webinars and phone support. We have to act a little
smarter on how we service customers.

SP&T News: Has your sales cycle changed too if you’re going from
selling boxes to selling systems that need to be customized to some
degree?

Provinsal: Yes, part of the strategy in the region was to bring
manufacturing into the Americas, so here in the U.S. We have
manufacturing capabilities and that has allowed us to be more flexible
on projects and we divided our sales organizations and our engineering
and support organization to support either distribution   or the
systems integration-type project. We’re evolving as a business because
there is the box sell, typical in distribution and then there is the
project sales that typically do have longer sales cycle. I think
everybody realizes that the two businesses have different sales cycles
but the margins are different too and the types of support you provide
those customers is different too. We’re evolving to make sure we’re
meet both ends of the market; we’re not abandoning distribution at all,
we just realize it’s a different product that you sell to distribution
and the way you support that sales cycle is different too.

SP&T News: Are you finding you are also selling to a different type of buyer — more in the IT realm of a business?

Provinsal: For the most part, yes, but in the distribution world there
are a lot of sophisticated users that are benefiting from the service
distributors provide so there is always going to be a place for
distribution, and I think people are falsely labeling people who buy
through distribution as simply people who sell analogue cameras; that’s
definitely not the case.
There are cases where the line gets blurred where you’re doing project
work through distribution channels and we have to flexible.

SP&T News: Are you happy with the progress of the Canadian office since it opened last year?

Provinsal: Carol (DiPanfilo) has done a great job penetrating the
market in Canada. Until we opened the office we didn’t have a physical
presence. He’s had the challenge of determining how do we create brand
awareness in Canada, and I think he’s done a great job doing that.