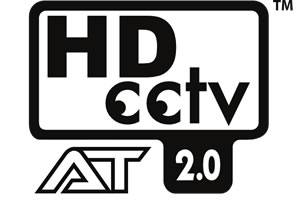 First introduced in late 2012, HDCVI technology transmits HDTV signals over any legacy CCTV cabling infrastructure. The HDcctv Alliance ratified HDcctv AT 2.0 in February 2014. HDcctv AT 2.0 compliance ensures 100% plug ‘n’ play remote control of any camera from any compliant DVR, no matter which manufacturers.

“Dahua developed HDCVI technology to help our growing customer base to enjoy more of the benefits of HD IP surveillance,” said Mr. Zhu Jiangming, Dahua executive vice president and the principal inventor of the seminal HDCVI patents. “We recognize that customers want all equipment to be 100% multi-vendor plug ‘n’ play, rather than using single-source, proprietary solutions that may not work together. Dahua’s strategy is, therefore, aimed to maximize the return on our investment in HDCVI and in doing so make the technology readily available to other manufacturers – even our direct competitors.

“For these reasons, Dahua has decided to issue licenses under RAND (reasonable and non-discriminatory) terms to other, reciprocating Steering and Manufacturing Members of the HDcctv Alliance. Dahua’s policy is as follows: semiconductor manufacturers implementing the HDcctv AT 2.0 standard independently are asked to pay a license fee on a RAND basis, while HDCVI licenses for implementing the HDcctv AT 2.0 standard are open free of charge to authorized equipment makers, per the HDcctv Alliance Members I.P. Agreement to which Dahua are a signatory. We look forward to collaborating with our partners in the HDcctv Alliance to further accelerate the global migration to HD IP surveillance.”

Todd Rockoff, executive director of the HDcctv Alliance, said: “HDCVI has a multi-year head start over all other analogue HD video surveillance solutions. It is the only solution available as a global standard, with a complete compliance certification regime. While other semiconductor manufacturers are racing to catch up to the analogue HD surveillance transmission market opened by HDCVI, each of these other solutions is proprietary to just one manufacturer. Never before has a sole-source, proprietary transmission solution gained prevalence in the surveillance industry. Out-of-the-box plug ‘n’ play remote control over legacy CCTV infrastructure is a compelling convenience for installers and operators of HD surveillance systems. Therefore, HDcctv AT 2.0 and its successors, all based on HDCVI, appear to be most likely to succeed among the various analogue transmission solutions in development.”

“There is no doubt that the security market is moving quickly to HD surveillance,” said Dr. Jon Hwang, CEO of Eyenix Corporation. “As an Image Signal Processor (ISP) vendor, Eyenix will implement whatever local-site transport technologies our customers need. To manage our design cost for any given technology, it is important for there to be a global standard that eliminates uncertainty.”