A BBC wildlife project got more than it bargained for, when Raytec Infra-Red lighting helped to capture an intruder live-in-the-act, in the middle of the night. 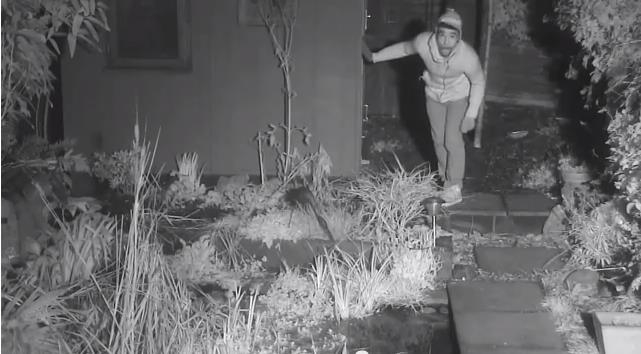 The CCTV system belongs to BBC wildlife presenter Simon King, and was installed as part of a ‘Fox Family Cam’ project, designed to film a family of foxes living in London and stream live video 24-hours-a-day to King’s website.

However, on 12th January at 3.46am in Herne Hill, South London, images captured under Raytec Infra-Red lighting, showed a man climbing over a fence, trying to enter a shed and escaping across a back garden. Metropolitan Police are looking to speak to the man captured in the footage, which coincided with a burglary at a neighbouring house in the early hours of the same day.

The integrated CCTV system includes Raytec Infra-Red lighting, an Axis PTZ HD camera and i-Catcher video management system from i-Code. The CCTV system is one of a number of wildlife-spotting feeds maintained by King, also including ‘River Cam’ and ‘Badger Fox Feeder Cam’.

Invisible to the human eye, the intruder was unaware that he was being watched under Infra-Red. The powerful IR provides crystal clear, even illumination allowing the camera to generate excellent high definition black and white images in total darkness. The perfectly illuminated pictures allow the intelligent i-Code video management system to effectively use motion detection software to alert and proactively trigger the recording of wildlife; and the assailant in this case.

Without adequate lighting, night-time CCTV footage is often of a poor quality and is rendered useless for prosecution purposes. But with a dedicated CCTV lighting system optimised to the camera requirements, the police now have useable and highly detailed CCTV images which are good enough for facial recognition.

Simon King later tweeted that police were “delighted” with the “quality of evidence” he was able to provide.

“Anyone can view our network of webcams live through our website and they will often see animals doing the strangest of things – but this is taking it one stage further”, comments Simon.