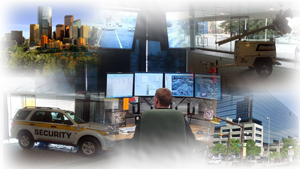 IndigoVision’s IP Video technology is at the heart of a ground breaking ‘Data Warehousing’ and surveillance system for the City of Calgary.


Data streams from different city operations are integrated into a centralized Oracle database. This powerful tool allows the city authority to analyze an amazing array of data. For example, for any area of the city a map can be pulled up showing crime statistics, including the number of crimes, what kind of incident it was and any associated video clips that have been imported from the IP Video system.

When Owen Key, the City’s Chief Security Officer and Manager of Corporate Security joined five years ago he was faced with an unmanageable surveillance system. As he explains, networking was the solution, “The city had many ‘islands’ of video from disparate inaccessible analogue systems. As most of the metropolitan area is managed centrally, we soon realized that a networked environment was the only answer. IndigoVision’s excellent IP Video compression technology has allowed us to realize this vision and is one of the key factors in achieving the system we have today.”

Since 2007, nearly 550 PTZ and fixed cameras have been connected to the network, many retained from the original analog systems. IndigoVision’s system now monitors 30 different departments around the city, including parks and recreation, transit centers, water utilities, fire, emergency response, road crews and parking authority. The city has also developed three mobile security vehicles, which are equipped with laptops that can access live or recorded surveillance video from any camera over the 3G mobile network.

“Another reason for choosing IndigoVision is ‘Control Center’, their Video Management Software,” added Key. “The usability is excellent, with great drag and drop features for cameras, interactive maps and individual profiles for each user to restrict access to certain cameras or features, as required. However, it’s the flexible licensing of the software that has been the most benefit. ‘Control Center’ is licensed on an unrestricted basis within the cost of IndigoVision’s hardware; this means we can deploy video workstations where we need them for no extra cost. In addition to the main Command Center we have workstations located in many different departments with currently 154 different users.”

It’s the non-centralized architecture of the IndigoVision system that allows ‘Control Center’ workstations to be distributed around the network. IndigoVision’s Network Video Recorders (NVRs) are also distributed around the edge of the network close to the cameras, to reduce the bandwidth. Dual streaming is used on many cameras allowing 15fps video to be streamed across the WAN and full framerate 30fps video to be locally recorded. A 14 day archive of all video is maintained.

The system is continually growing and evolving. The next major phase is to incorporate the Lenel access control into the whole data control progression, including full integration with the surveillance system across the IP network. This is achieved by using one of IndigoVision’s many integration modules. Events and alarms from access control points can trigger actions and create logs in the IP Video system, producing a complete audit trail. For example, an illegal entry alarm can instantly move a camera to a pre-configured position and display the video of the entry area to an operator. This tight integration helps to improve incident response.

IndigoVision has just won a 50-camera project for the Calgary Convention Centre and will be deploying their Video Wall software in the new central command center, which is due on online at the end of 2010. Based on ‘Control Center’, the Video Wall software allows professional fully-featured IP-based control room video walls to be built to any size, at a fraction of the cost of other dedicated display products.
Print this page