Within weeks of each other, Bob Beliles made the jump to Hirsch Electronics and Mark Kolar joined video analytics company Agent Vi. They predict they won’t be the last of the networking experts to migrate to physical security companies scouting for top IT talent. 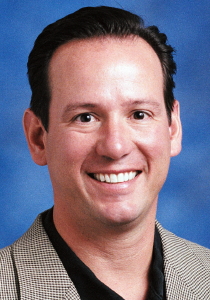 SP&T News talked to Beliles and Kolar
recently about what made them decide to leave the networking giant for
smaller companies in the physical security world.

SP&T News: Bob, what prompted you to make the jump to Hirsch Electronics?

Beliles: In founding the initiative at Cisco several years ago, myself
and a couple of other folks, including Mark Kolar, all saw the
opportunity for a company like Cisco to take its expertise
in a new area where early convergence was already headed and add value in that way. On a personal level, I’ve recognized
there was an opportunity for someone such as myself to bring value to
other companies open to the concept and wanted to aggressively embrace
this new wave of convergence that is coming into the physical security
industry. Looking around, I started doing a little investigation and it looked like Hirsch had some really
good technology. They had already started to head down that path with
technology such as XML and encrypted end-point communications.

As I had discussions with Larry Midland, the CEO of Hirsch, it
became very clear that Larry wanted to break out and be even more aggressive. We were of like mind in how we saw the industry and saw an enormous
opportunity to really take advantage of what some people mght look at
as a disruptive technology in terms of networking and a lot of IT
technologies coming into the physical security space. It just looked
like a really good opportunity to go and shape the world
as it will be in a few years from now and do that for Hirsch.

SP&T News: How long were you at Cisco?

Beliles: I was with Cisco for 11 years.

SP&T News: What was your role at Cisco before you were involved with the physical security initiative?

Beliles: I held a couple of different roles. Immediately prior to
driving the marketing side of physical security for Cisco I was the
product line manager for the Catalyst 6500 which was a large enterprise
product and sometimes used by service providers.

SP&T News: Mark, you started the physical security channel program for Cisco. How long were you with them in that capacity?

Kolar: I started working on the original business plan in 2003 and took several different roles throughout the initiative – very much like a start-up. The last year-and-a-half I was settling into the channel role and worked with channel partners to understand the skill and requirements needed and I built the channel program around that.

That’s really why the opportunity here at Agent Vi is ideal because I’m looking at its technology and go-to-market strategy and routes to market as well as the skills required for video analytics and rolling out an official program for Agent Vi.

SP&T News: Why did you decide to leave Cisco after all that time spent building that portion of the business for them?

Kolar: I’ve always been a long time fan of Cisco. I started in 1992 – one of the first 1,500 people in — and it was a very young company at the time and I guess I have that start-up blood in me. This market is really taking off quickly – the analytic space in particular is one that has struggled somewhat but is at that point of breaking away. I look at the Agent Vi model both from the technological perspective and go-to-market relationships and it’s a great opportunity for me to take some of my innovation skills and channel experience and blend those together into yet another start-up environment that I think is very exciting. It’s a great opportunity for me to do something very complementary with my friends back at Cisco.

SP&T News: Was there any concern on your part that Cisco wasn’t moving fast enough in the surveillance area?

Kolar: Cisco’s a great company. Analytics is not an area they’re playing in and it’s an area I think has a great deal of opportunity for me. This is mostly about me being able to get into yet another fast-moving, high-paced start-up environment and spread my wings a little bit more. It’s not a reflection on Cisco.

Beliles: For me it really was about career and opportunity on a personal
level. It’s about
the opportunity to go off and do some new things. I’m going to learn
all kinds of things about the business that perhaps in a very large
organization you don’t get a chance to do.

I think Cisco is going to do just fine in [physical security]. This was an opportunity for me on a personal level to go off and
broaden my career.
I think the most interesting thing is I’ve gone from a very, very large
company to a company that is smaller. Yes, I’ve had the opportunity to be part of some multi-billion
product lines and it’s a fabulous experience but you don’t necessarily
get your hands dirty into other parts of the business like you can when
you go with a small or start-up company. 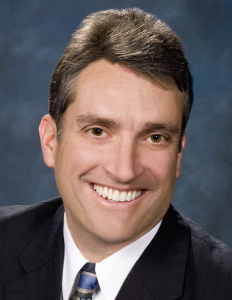 Part of what I saw is that Hirsch is a
privately-held company and they’re doing very well so I looked at them as being a very well-heeled start-up company. It’s a given
that they’re successful. So now’s the opportunity to grow the business
and take it to the next level. To some degree I’ve been able to find a
position to minimize a bit of the risk and have a better shot at the
reward. That’s what most start-up companies give you. For me, this really is about career growth and being able to
do some new things.

Hirsch is obviously committed to the
physical security industry and they’re recognized for having some very reliable, very secure products. While a lot of other companies
in this industry are saying they’re going to stay with the
status quo, the folks here at Hirsch have been very aggressive in terms
of adopting new technologies. I think that’s what sets Hirsch apart
from a lot of the existing vendors in the marketplace who want to rest
on their laurels. The reality is the world doesn’t stop and stay the
same. It’s always changing and either you change with it or things
usually don’t work out too well.

SP&T News: Do you think more
traditional security companies will be looking for people like you and Mark
Kolar who have skills that have been developed at the network vendor
level.

Beliles: Yes, I think there are a few companies that recognize and want
to bring in perspectives from the networking side of the world or IT
side of the world. There are a number of people here at Hirsch that
have IT backgrounds as well but yes, there are certainly some companies
open to that.

SP&T News: Were you getting interest from other companies?

Beliles: Yes. I think increasingly there will be a lot
of physical security-type companies looking for IT-oriented folks in
the next couple of years as they all start to recognize that it is valuable and worthwhile to bring in some new talent
and new perspectives. But I also think it’s not just physical security
and/or manufacturers who will be looking for talent. You’re going to see that trend in the
reseller/systems integrator/dealer marketplace as well — all of those
folks interfacing with customers are going to need IT-minded folks working on the deployment and provisioning of these systems.

It really is about time to market, whether it’s on a personal career
level or corporate level. In the IT
networking world five to eight years ago we would say that for every
six months you were out with a new product before your competition it
was ultimately worth 10 points of market share, certainly for the first
year or two. Clearly the ability to adapt and embrace a new technology
and a shift in the market sooner rather than later always favours those
who are aggressive and move forward.

SP&T News: Mark, a lot of end-users are still skeptical of analytics, how do plan to address that problem at Agent Vi?

Kolar: When I first started talking to [Agent Vi CEO] Buddy Ferl about the opportunity, I went in very apprehensive because of the perception of analytics, which is, yes, maybe it works, maybe it doesn’t work but even if you get it to work it’s costly and takes so much time and it’s sucking all this bandwidth and the IT guys are saying, ‘Wait a second…" So what I did was look at why the market has these issues today. What I found with Agent Vi is a totally different way of delivering analytical behaviours to the marketplace.

I think analytics hasn’t taken off because of the issues around IT re-engineering and issues around accuracy of the behaviours and around the cost associated with lots of servers and the time and energy required to engineer a solution.

There’s all this hype built around finding a face in the crowd and finding the bad guys – it’s a lot of over-hype. It’s a nasty brew that has been mixed up.