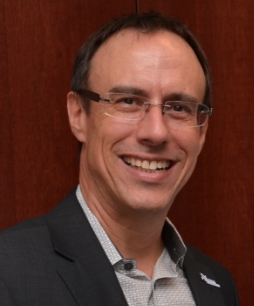 Champagne has accepted the role of president at the Automotive Industries Association of Canada, a national trade association representing the Canadian automotive aftermarket industry. According to the AIA’s website, that industry is worth $19.4 billion and employs more than 420,000 people. Champagne’s term there will officially start Sept. 1.

CANASA’s national president Richard McMullen says that CANASA and Champagne are parting on good terms, and he will continue to be active for the remainder of his employment with the organization.

“He’s done a tremendous job for CANASA over his tenure, especially as executive director. Everyone is wishing him future success,” says McMullen. “He’s our chief staff officer and has our support. The staff looks to him for leadership and they’re going to continue to do that. We understand that there’s going to be change coming, but until such time as those changes [occur], JF is executive director.”

According to CANASA, Champagne has accepted the role of president at the Automotive Industries Assocation of Canada, based in Ottawa. McMullen wouldn’t identify the organization by name, but says it is outside of the security industry. “I can tell you that it’s a solid organization and he is going to take a senior leadership position. It’s a good opportunity for JF.”

The search is already underway for Champagne’s replacement, “but we’re also not going to rush to fill the position,” says McMullen, adding that CANASA will review candidates from both inside and outside the security industry. “Everything is on the table; our search will be broad.

“We’ve already put measures in place in terms of how we’re going to move forward with an eventual replacement. The association is strong, the board is strong and committed to our membership. We’re looking at this an opportunity to replace JF with someone who’s got capacity and energy and engagement,” he says.

Champagne first assumed the role of executive director in 2009 and served as CANASA’s director of education prior to that.

Under Champagne’s leadership, the organization has undergone some major changes, particularly in recent years, with the introduction of its Canadian Accredited Security Contractor (CASC) program, the addition of an Ottawa event to its Security Canada Expo calendar, standardized contracts and agreements for members, a major update to its alarm technician course (ATC), a new false alarm bylaw repository and an Ontario-based scholarship program.