Bioscrypt will have access to Stamford, Conn.-based L-1’s resources and
sales channels but will be able to operate as an autonomous unit, says
Bioscrypt president and CEO Rob Douglas.

“We run our own shop,” says Douglas, but access to L-1’s resource pool
will allow Bioscrypt to push its R&D efforts faster than previously
possible. “On the technology side, we’ll still run our own engineering
efforts, but there will be a measure of shared expertise.” 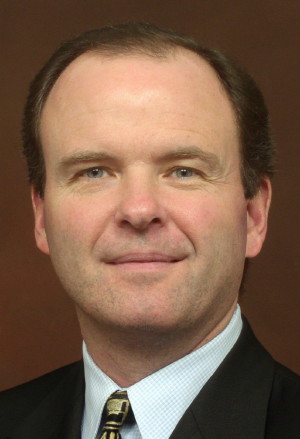 Bioscrypt had been considering its next move for some time and “this
scenario became the top running alternative,” says Douglas. “We have
given this a very thorough review. We unanimously believe this is the
right step forward.”

David Senf, analyst with Toronto-based IDC Canada Ltd., says he expects
to see L-1 make Bioscrypt more profitable. The company has struggled to
stay in the black at times, he says, and may have overextended itself
to meet lofty growth goals. Bioscrypt reported an EBITDA loss of US$3.4
million for 2006 and US$3.5 million the previous year.

“You would anticipate that L-1 would help to reduce cost – ultimately to drive bottom line profitability.”

At press time, L-1 did not respond to calls for comment. According to Lehman Brothers annual report on the security industry, L-1 Identity Solutions “is the leading identification and multi-biometrics company, with prime market positions in documentation, registration, and authentication by finger, facial, or iris recognition.”

Bioscrypt may undergo changes under new ownership, says Douglas, but
those decisions have yet to be made. “There will refinements over
time,” he says. The biggest change, he adds, will be access to greater
capital, which should spur product development.

A flourishing area for Bioscrypt is multimodal biometrics, he says: the
combination of multiple biometric security checks in a single session,
like iris recognition combined with facial scanning.

The company is pushing into more advanced biometric markets by
purchasing companies that have shown technology leadership, she says –
particularly those that are successfully melding IT and physical
security solutions.

The acquisition is subject to shareholder approval, but is expected to close in the first quarter of 2008.