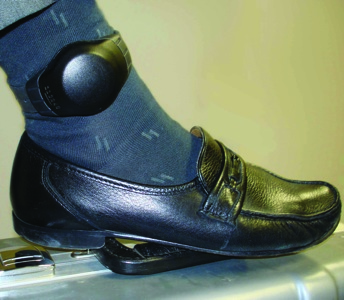 Almost everyone in the security industry is familiar with Group 4 Securicor (G4S), one of the world’s leading international security solutions groups. G4S has extensive operations in 110 countries, employs a staff of more than 570,000 and is the largest company listed on the London Stock Exchange.

But it’s a safe bet that very few people in the business are aware that
all the electronic monitoring devices for the justice services
subsidiary of the big multinational are developed and manufactured by a
small company located in an out-of-the-way neighborhood in the
Vancouver suburb of Surrey.

The Canadian company is responsible for every aspect of the development
and deployment of the electronic monitoring product line, called the
Patrol Suite, including R&D, software and hardware development and
implementation.

The Patrol Suite comprises a group of radio frequency-based products
that monitor the presence or absence at a specified place of
individuals under house arrest or some other form of mandatory curfew.
It does not track the movements of the offenders in question. Instead,
it monitors their compliance with the requirement to remain at a
specific location for a specific period of time.

This is how the products in the Patrol Suite work: Several times a
minute a transceiver embedded in a plastic bracelet worn around the
offender’s arm or ankle sends an RF signal to a receiver, which is a
little black box that runs on AC power that sits on a desk. The
receiver, in turn, sends the individual’s compliance data via land-line
or cell phone to a centrally-located monitoring centre. If the offender
wanders outside his or her allowed range, the correction agency is
notified.  The system continuously signals, receives, stores and
transmits data, all without any involvement from the person being
monitored. The bracelet monitors are designed to be tamper-resistant
and will alert the monitoring centre if they are interfered with.

Doug Blakeway, managing director of G4S Justice Services (Canada) Inc.,
says, “The device monitors individuals’ movements, allowing them to go
to work or take part in other activities prescribed by the correction
authorities between certain hours and then be restricted to home during
their curfew.”

G4S Justice Services operates several monitoring centres in the U.S., the major ones being on the east and west coasts.

Alternatively, the data can be sent to a monitoring centre operated by a corrections agency, Blakeway says.
Electronic monitoring is often used in conjunction with rehabilitative
programs, such as drug and alcohol rehabilitation and counseling. As a
result, Patrol Suite comes with a number of variations, including
land-line- and cellular-enabled, and  include products for group-homes,
counseling agencies and half-way houses.

Blakeway says the main advantage of the G4S Patrol Suite over the competition is its reliability.

“The corrections industry also appreciates that our products are easy
to install, offer seamless reporting, there are no false alarms and are
based on  the latest technology,” he says.

Correctional agencies also like the fact the system achieves the
desired results of keeping individuals in rehabilitative programs on
the straight and narrow.

“Adherence to the conditions of offenders’ programs is high,” Blakeway
says. “It’s in the high 90s, depending on the crime committed, the
location and the agency.”

Electronic monitory is no cure-all, however. “The Patrol Suite isn’t
going to stop someone from breaking the law if they want to,” he says.

Electronic monitoring of offenders by corrections agencies began in the
mid-1980s in Albuquerque, N.M. By the early 1990s, the technology was
in use throughout the southern U.S. From there it spread to the rest of
the U.S. and then to the U.K., Singapore, Europe and Asia.

In 2007, an estimated 130,000 units were deployed daily in the United
States. Electronic monitoring has not yet caught on in a big way in
Canada, however. The federal correctional system doesn’t make use of it
and, of the provincial systems, only Ontario’s utilizes it.

G4S Justice Services (Canada) Inc. has 22 employees, all of whom are
located in the  Surrey office and are engaged in R&D or
manufacturing. Blakeway founded the company in 1986, when it was known
as Strategic Technologies. Originally working in applications of
infrared technology, he expanded into the development of  electronic
monitoring technology in the 1990s.

In 2006 he sold the corrections division of the company to G4S Justice Services Inc.