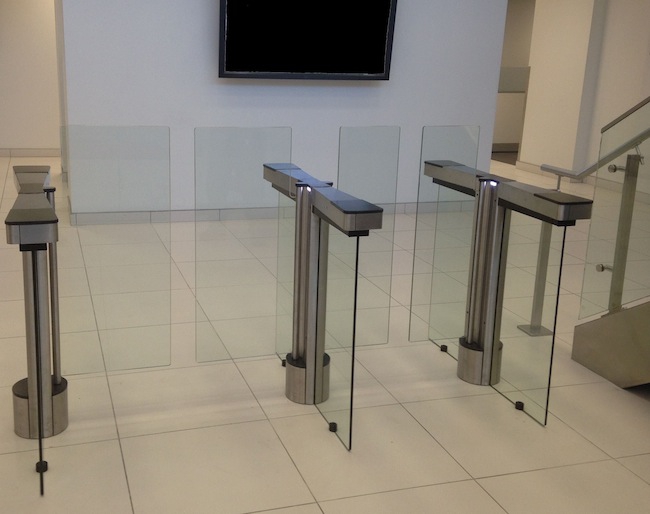 As part of a building renovation, the company chose to put optical turnstiles in the lobby to increase accountability and safety. The company’s appreciation of and familiarity with Fastlane in the United States contributed to Smarter Security winning the business.

“Smarter Security made an investment in Canada last year by putting Colin Wright on the ground in Ottawa, and we are seeing the returns this year,” said Jeff Brown, CEO of Smarter Security. “This order is one of the first for our new Glassgate 300 and reinforces our belief that the Canadian market will appreciate Fastlane’s elegant design and our many UL 2593 listed models. The recent tragic event in Ottawa reminded us all that we need to be vigilant and thorough in our security preparedness, and Smarter Security has multiple layers of entry and outdoor security solutions to help.”

The customer ordered two lanes of Glassgate 300 turnstiles from Smarter Security to enhance security at its country headquarters in the Greater Toronto Area. Previously, card access through lobby doors to the secure work area led to many employees tailgating through the doors for various reasons. The customer wanted all employees to badge in to increase accountability and because they needed to know who was in the building at any time for safety during situations that call for emergency evacuation. The building renovation included heavy usage of glass in the design and the customer chose Glassgate 300 because it wonderfully complements the aesthetics. While several turnstile suppliers were considered, the years of positive experience with Fastlane at another location on the west coast of the United States gave Smarter Security the edge.

Smarter Security’s Fastlane Glassgate 300 is a speedgate with swinging glass barriers that can be up to five feet (1500 mm) high. It is the latest model from the market leader in the Americas (per IHS Research) and its minimalist design has been well received by the market at 2014 trade shows. Fastlane produces these aesthetics without compromising security; Fastlane optical technology reliably alarms intruders that push through the barriers or that tailgate within ¼” (5 mm) of an authorized person.