For example, the company is planning to introduce version four of its Axis Camera Application Platform (ACAP) later this year. According to the company, ACAP 4 is designed to offer developers more opportunities to build solutions for Axis devices and will leverage open APIs. A press release states that version 4 supports most Axis hardware and “bridges the gap between edge and server or cloud. It also allows developers to use the edge for building faster, more scalable and more efficient solutions that fully utilize Axis devices.”

During the press event, Axis vice-president, Americas Fredrik Nilsson referred to the update as potentially a “game-changer in the area of video analytics and intelligence.” 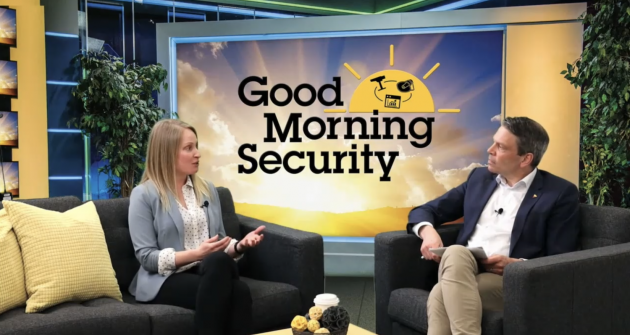 In addition, the company introduced Axis Camera Station Secure Entry, a new capability included in the latest release of its Axis Camera Station video management software. The software provides what the company calls video-verified access control, linking door control logs with video recordings. The system is designed to work with Axis’s A1601 Network Door Controller and Axis card readers, managing up to 128 doors per server and up to 10,000 cardholders. 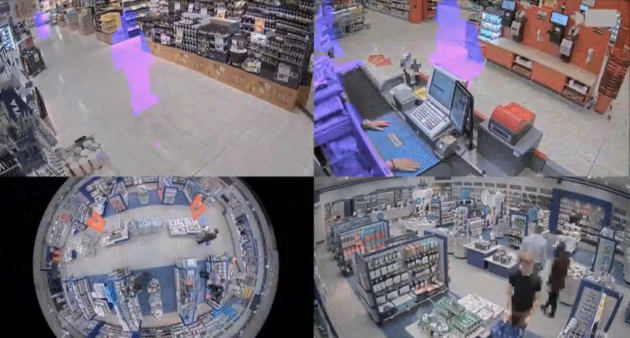 Axis also demonstrated its new Live Privacy Shield, a camera technology that will mask human subjects that appear in surveillance by blurring their image or occluding them in a shadow. Scott Dunn, Axis senior director of business development, solutions and services, showcased the technology in a remote “sports report” from Foxborough, Mass., home of the New England Patriots — an appropriate setting since the technology may be useful for large venues looking to implement a privacy policy for public-facing cameras. (The company said the privacy shield can be removed in the event of an incident investigation, and can be configured to limit access to the full recording.)

Nilsson provided an update on its body-worn camera devices introduced last year, saying that, in addition to law enforcement, the technology has found a multitude of uses. “We’ve had many successes in that space,” he said. “We’ve certainly seen a lot of examples… anything from applications in health care to using body-wearable in warehouses.”

Nilsson said the technology has also been used in retail for curbside pick-ups during the pandemic as well as for campus security in schools. Axis also launched Axis Case Insight in the past year, a cloud-based evidence management solution (on the Microsoft Azure platform) that integrates with its body-worn cameras. A new capability for the body camera is the ability to start recording as soon as it detects a wearer has fallen down or unholstered a weapon.

In a Q&A session following the product presentations, Nilsson directly addressed the Axis view of attending or participating in live, in-person events in the future. “In general, we truly believe that [meetings] between people bring a totally different level of collaboration and trust. What we’ve done throughout the pandemic is maintained that trust and those relationships, but if we want to grow — and we’re a company that has growth ambitions — we have to be out there; we have to be live with existing customers and partners, and meeting new customers and partners.”

He added that Axis personnel have conducted some of their external meetings in building parking lots during the pandemic for safety reasons “but I believe many of the events will come back… because people crave that interaction.”