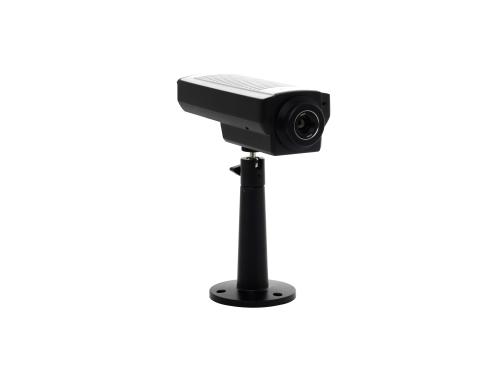 Axis Communications has announced the launch of its AXIS Q1910 and Q1910-E Thermal Network Cameras.

The new cameras utilize thermal imaging to allow users to detect people and incidents even in complete darkness and other difficult conditions. The AXIS Q1910 is designed for indoor surveillance, while the AXIS Q1910-E is an IP66-rated, outdoor-ready camera.

“We see a great demand from customers in high-end professional applications to enhance their IP surveillance systems with thermal network cameras,” said Fredrik Nilsson, general manager of Axis Communications Inc. “Up until now, there have been no full-featured thermal network cameras available on the market, and analogue thermal cameras are expensive and have proven a challenge to integrate with modern video surveillance systems. The AXIS Q1910 and Q1910-E change this by being the industry’s first security and surveillance thermal cameras that mesh perfectly with any network video system, delivering all the benefits that customers have learned to expect from network cameras.”

Traditionally, thermal imaging has been dominated by military technology and came at a very high cost. Now, with Axis’ distribution network consisting of more than 30,000 partners worldwide and more than 700 Axis Application Development Partners (ADP), thermal cameras will be accessible to whole new groups of security and surveillance users, including local and city governments, transportation, retail and education organizations.

Both cameras offer competitive thermal imaging capabilities such as 160 x128 resolution, 8.33 fps and 17° angle of view. In addition, they are unique on the market in supporting key IP-surveillance features such as H.264 and Motion JPEG, audio, local storage and Power over Ethernet. Intelligent video is a key component of any thermal camera, and the AXIS Q1910 and Q1910-E provide tampering alarm, motion detection and support for AXIS Camera Application Platform. They also use the same API as other Axis network cameras.

AXIS Q1910 and Q1910-E Thermal Network Cameras are supported by the industry’s largest base of video management software through the AXIS Camera Station. They also support the ONVIF specification for interoperability of network video products.