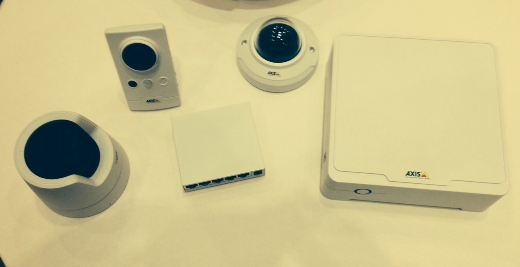 The Companion line is designed to work out of the box with minimal set-up and complications, according to Fredrik Nilsson, vice-president, Americas, Axis, and comprises only a handful of products to promote ease-of-use. The line includes an 8-channel network video recorder with built-in Power over Ethernet (PoE) switch, available in 2TB or 4TB configurations, cameras in full HDTV or up to 2 Megapixel resolutions, and a VMS. Axis is also offering dedicated Companion training and promotions to installers who cater to the small business market. The line is supported by Axis’s Zipstream, a compression technology that the company says can reduce bandwidth and storage requirements by more than 50 per cent.

The line is priced competitively, but is not designed to be rock bottom, says Nilsson. “We will never sell on price. That’s not how we do business,” he said at a press event the opening morning of ISC West, held in Las Vegas, Nev., April 6-8. Asked whether these solutions might be available through multiple channels, including retail, Nilsson said Axis is in the process of reviewing its channel strategy. Nilsson wouldn’t commit to a number, but he expected that the small business segment would grow for Axis and account for a larger percentage of its overall sales in a few years.

The company also introduced products aimed at the mid-sized market, reviewed some of its newer solutions for large enterprise customers and provided an update on its relationship with its parent company Canon. Axis co-founder Martin Gren said that the relationship is largely arm’s length, and the company has continued to conduct business autonomously. “Canon has kept their promise,” he said.