Avigilon Corporation has announced that the University of Phoenix Stadium, home to the Arizona Cardinals in Glendale, AZ, has deployed the Avigilon end-to-end surveillance solution to monitor its campus and increase public safety. 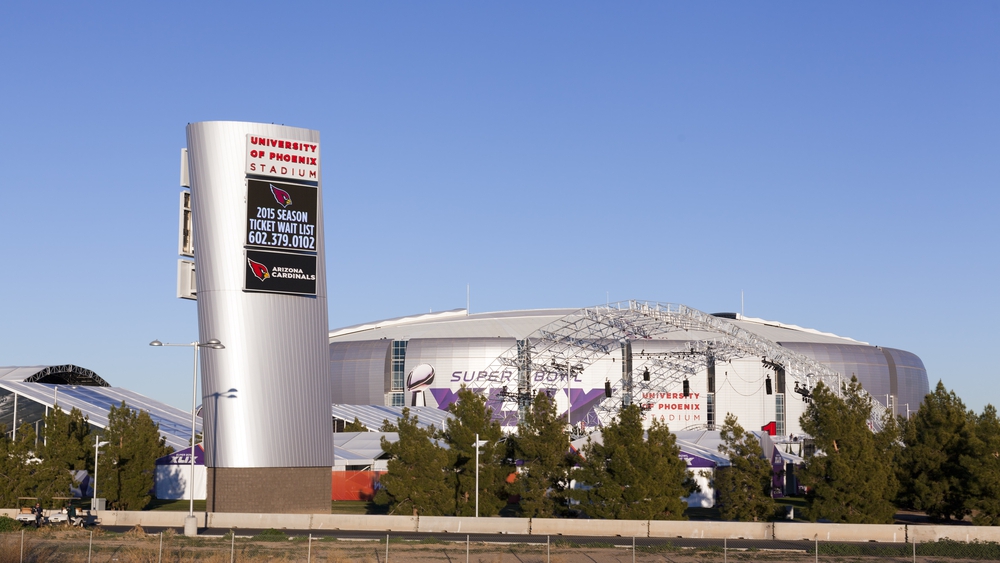 Home to the NFL Pro Bowl on January 25, 2015, Super Bowl XLIX on February 1, 2015, and many other large-scale sporting and entertainment events, the stadium covers 1.7 million square feet spread across five different levels.

“Safety is a top priority at stadiums worldwide. Increased concerns about security threats are causing venues that host large, high-profile events to justifiably scrutinize their security practices,” said Bryan Schmode, chief operating officer, Avigilon. “The University of Phoenix Stadium is leading the way with its commitment to keeping its guests and facility secure. We are extremely proud to provide our solution to one of the most celebrated and visible sports stadiums in North America.”

The University of Phoenix Stadium, with its retractable roof and field, is unlike any other stadium in North America, and a marvel of design, engineering, and technology. This multi-purpose facility, which opened on August 1, 2006, has previously hosted several high-profile professional and college football events or “bowls” as well as numerous international soccer matches, headlining concerts, and trade/consumer shows. Other high-profile stadiums that use Avigilon’s security solutions include Target Field (home to the Minnesota Twins), Rogers Centre (home to the Toronto Blue Jays), and many others.

The University of Phoenix Stadium deployed the Avigilon solution to cover the entire seating bowl and field. In total, the project will add more than 200 Avigilon HD cameras to the facility. The seating bowl and field are monitored by Avigilon 16 megapixel (MP) HD Pro cameras to provide clear visual detail and the ability to zoom in to select locations as necessary, while Avigilon 2 MP HD PTZ (pan-tilt-zoom) cameras provide additional coverage. The system is managed by the award-winning Avigilon Control Center (ACC) software, which enables stadium employees to operate all cameras and search through footage quickly and easily. The project is scheduled to be rolled out in four phases. In the next phase, the stadium will deploy Avigilon’s Access Control Manager (ACM) at additional entry points throughout the facility to ensure entrances and exits are controlled and secured. In addition, new 5 MP HD Bullet cameras will be added to the exterior of the building to monitor the stadium’s plaza. Together, ACC and ACM will provide a complete and efficient monitoring system for the entire stadium.

“We selected Avigilon for its quality products, the image clarity of its cameras, the solution’s ease of use, and because Avigilon delivers a complete end-to-end offering to meet our security needs,” said Peter Sullivan, general manager and regional vice president for Global Spectrum at the University of Phoenix Stadium. “As the host venue for the NFL Pro Bowl and Super Bowl XLIX, we look forward to the confidence and security Avigilon will provide our facility and the guests who will be attending these great events.”