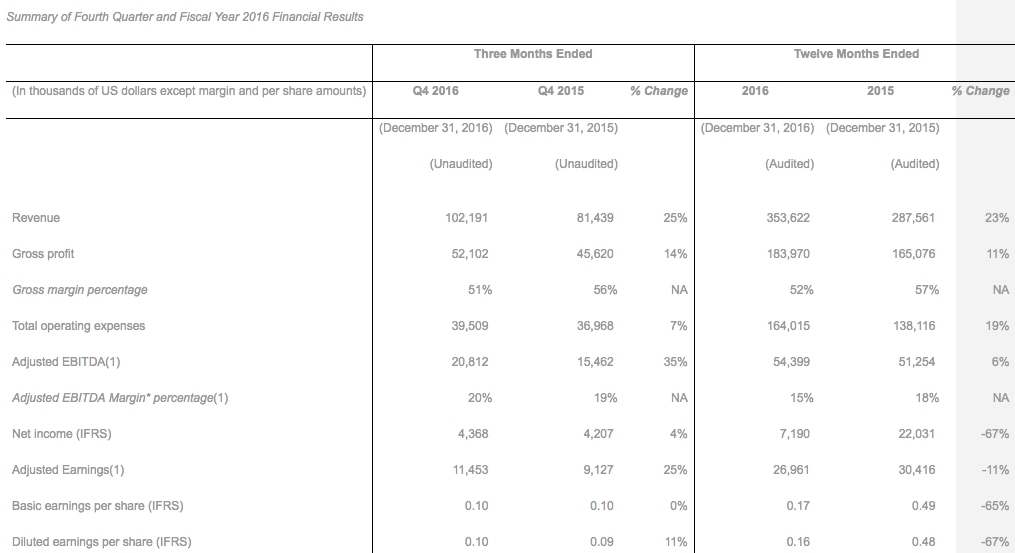 • Gross margin percentage of 51 per cent, in line with management’s plan to increase unit volume to drive greater revenue, gross profit, and cash flow from operations.

“Once again, we’ve set new quarterly and annual records for revenue and gross profit while generating record cash flow from operations,” said Alexander Fernandes, Avigilon’s founder, president, CEO and chairman of the board. “We have a robust pipeline of ground-breaking new products and video analytics launching this year, and global demand for our solutions is stronger than ever.”

For more details on the company’s financial results, click HERE.

(All figures are in United States dollars unless otherwise stated.)