Vancouver-based Avigilon Thursday announced that it has acquired RedCloud Security in an all-cash deal worth $17 million. 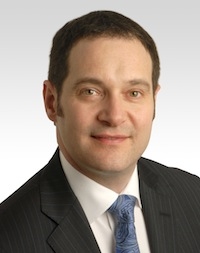 Sterling, Va.-based RedCloud, which makes integrated access control appliances, was started by Honeywell veteran Terry Neely in 2006. According to a release issued by Avigilon, “Neely and his team created RedCloud’s access control so organizations can easily combine physical security and identity management.”

Avigilon’s CEO Alexander Fernandes said in a statement, “This acquisition brings new and exciting opportunities for Avigilon to participate in a larger share of the total security market.”

“With Avigilon’s resources, global sales channel and talented team we believe we can accelerate the expansion of our product roadmap,” said Neely, who will stay on to oversee the access control development team.

Avigilon went public in November 2011 on the Toronto Stock Exchange. The company reported revenue earnings just over $100 million in 2012 and a net income of $7.2 million. Avigilon says the RedCloud acquisition will be neutral to 2013 earnings and accretive to 2014 earnings.