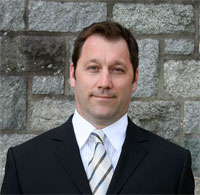 Avigilon has announced the appointment of Andrew Mooney as the company’s regional sales director for Western Canada. With extensive experience in the surveillance industry and an established network of customers and integration partners, Mooney will lead Avigilon’s continued expansion in the region.

“With in-depth technical and business experience in the surveillance industry, Andrew has successfully sold and overseen the installation of a number of high profile surveillance projects across the country,” said Dave Tynan, vice president of global sales and marketing at Avigilon. “We are excited to have Andrew on board to champion our efforts in Western Canada to be the number one surveillance company in end user satisfaction.”

“As a long time member of the security industry, I am extremely impressed with the Avigilon solution,” said Andrew Mooney. “I am looking forward to introducing customers and integration partners in Western Canada to the superior performance, value, ease of use, and reliability delivered by Avigilon’s HD surveillance solution.”