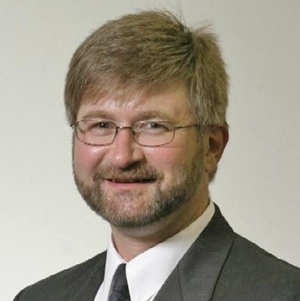 Moisture, heat, dust, flammable gases and low or no lighting are just a few of the challenges that IP video equipment must overcome when installed for surveillance at industrial facilities. These conditions can render some video devices ineffective or even cause a hazardous situation when mixed with video products that are not equipped with the features designed for safe operation in these locations. As a result, selecting the right equipment for industrial applications is extremely important to the success of an IP video system.

Lighting the Way for IP Video
Lighting or Illumination is a critical issue when designing a camera system for a given area at an industrial facility. Adequate illumination is essential to acquiring images that allow security personnel to monitor an area, observe activity at the location, and identify specific actions, objects or persons. However, lighting at many industrial sites is often widely dispersed with high-intensity lamps that create overexposed “hotspots” against a backdrop of darkness in surveillance images. Also, where industrial sites neighbour residential areas, lighting must be controlled to abide by local bylaws.

While day/night cameras are sufficient for many types of industrial facilities, some organizations require an even higher level of image quality at night. In certain industrial environments, especially those classified as critical infrastructure sites, it is important to obtain high-quality images 24 hours a day to classify or recognize specific threats.

You can combine an IR sensitive day/night camera with an active-infrared illuminator to produce nighttime video that more closely resembles crisp, monochrome images captured during daylight hours. For the best results, choose IP cameras that deliver a virtually continuous variation of gray levels. Achieved with cameras that offer 15 or 20-bit digital image processing, this capability is important for exceptionally accurate picture reproduction. Also, choose a high-performance IP camera that is sensitive to read between 800nm to 1000nm of active IR, and move away from older, conventional illuminators in favor of those that eliminate hotspots and underexposure by lighting both the foreground and background of an entire scene.

Infrared illumination also helps to improve the nighttime performance of video content analytics. Providing an added layer of protection for sensitive industrial facilities, such as critical infrastructure sites, video content analytics can help alert system operators to security risks, such as a perimeter breach or a person loitering near the facility’s property. As infrared illumination produces clearer images that are more evenly-illuminated, event detection and improved situational awareness through analytics are more easily achieved.

Tough Housings for Tough Environments
While image quality is usually one of the foremost concerns with an IP video surveillance system, choosing the appropriate housing for a camera is almost as equally as important at an industrial facility. In addition to protecting the cameras, housings can also ensure the camera does not cause an unsafe environment in a hazardous location.

Ingress Protection (IP) codes, IP68 for instance, provide insight into the ability of the housing to stand up to the solids and liquids often encountered in industrial environments. The first number of the code indicates the ability to withstand ingress of solid foreign objects, such as dust. This number ranges from 0, signifying no special protection, to 6, which represents total protection against dust. The second number indicates protection of internal equipment against harmful ingress of liquids, such as water. This number ranges from 0, for no protection, to 8, signifying protection against long periods of immersion under pressure.

In areas where ignitable concentrations of flammable gases or liquid vapors are present during normal operation, you need to ensure the housings are safe for use in these locations — in other words, “explosion-protected.” Hazardous gases and vapors can include acetylene, hydrogen, ethylene and methane, among others. Combustible dusts, such as carbon-based or agricultural dusts, can also create hazardous conditions, so the housings selected for locations with these materials should also be explosion-protected, meaning the housing will withstand an internal explosion of a gas or vapor without rupture and without causing the ignition of an external gas or vapor surrounding the enclosure. Some environments where these materials and vapors are commonly present include chemical factories, petroleum refineries, and coal and carbon processing plants.

Murray Kreuzer is the Extreme CCTV sales specialist for Canada. He has extensive knowledge of active infrared night vision and extreme environment surveillance and can be reached at  murray.kreuzer@ca.bosch.com or at 416-318-4930.