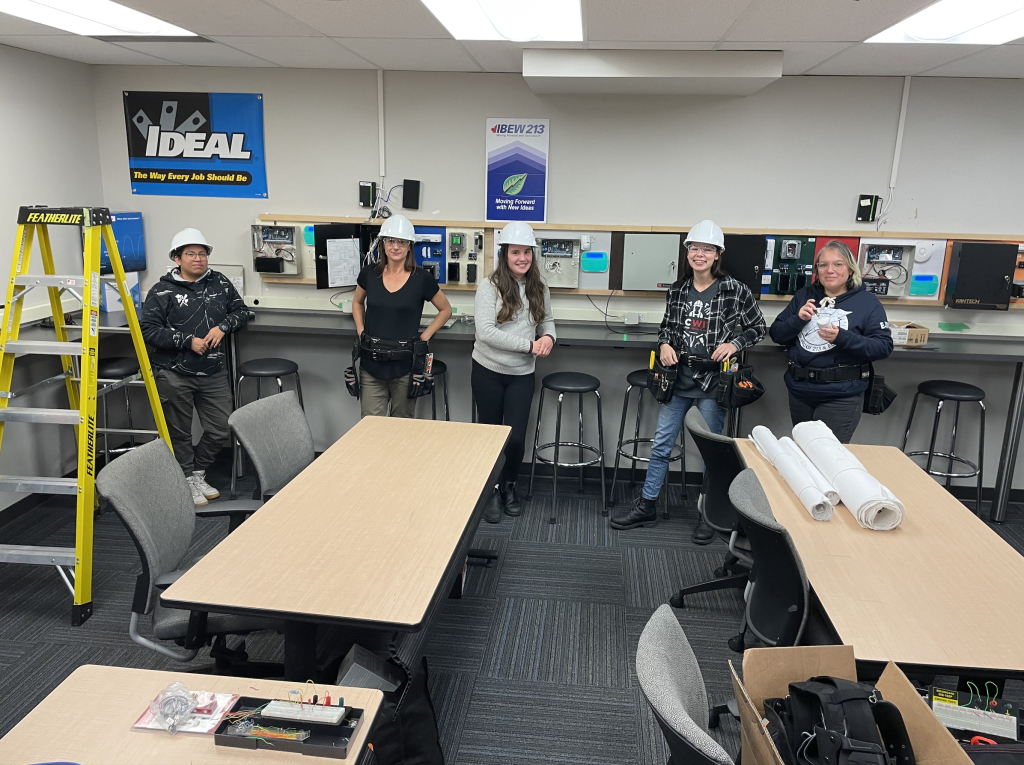 The Electrical Joint Training Committee in Port Coquitlam, B.C. organized an all-female class for its 24-week Security Systems Technician program, an initiative that yielded a group of six students who expect to graduate at the start of 2023.

Bryan Sweeney, founder and chief of solutions at Atom-22 Integrated Systems, volunteers as a program advisor at both the British Columbia Institute of Technology and EJTC.

He explained that B.C. requires all persons and companies offering security services to obtain a security licence issued by the Registrar of Security Services. Upon completion of 5,400 hours in the trade, students can then write their trade qualification exam. If they pass the exam, they can apply for their B.C. security worker’s licence.

Since the EJTC and BCIT represent the only two training providers approved by the Industry Training Authority, students who opt for either of these schools can reduce their required work time by 900 hours.

Sweeney has held discussions with every graduating class of the SST program. However, speaking to the all-female cohort took a turn away from the usual chats with mostly-male groups. Previous classes for the SST program numbered an average of one to two females for every 20 to 30 males.

“The female cohort had a totally unique view of the industry,” said Sweeney, noting that they wanted to know more about rare and unique opportunities in the work environment.

With talent shortages and retirements from the field, Sweeney said that not pushing to train more women for these roles as much as men would result in a losing battle for the industry.

“The response from the industry has been overwhelming,” said Sweeney, who received numerous calls from companies wanting to hire the students.

“It has really spurred something, and I’m excited to see where it goes,” he added. Sweeney also credited the B.C. Centre for Women in the Trades for directing the students to EJTC.

For the women in this year’s SST program, this education represents a shift towards greater independence or a complete career switch all together.

One such student is Marcia Lopez, who arrived in Canada from Chile as a refugee in 2021. She worked for many years as a travel agent in Chile. After a year of searching for work in Canada’s hospitality industry, Lopez learned that she would need to start a new career from scratch.

“It has been difficult because I am 46 years old. I am not like my peers who are in their early twenties and just starting out,” said Lopez, who found it difficult to retain so much new information in the first couple of months.

“At first I thought that I really couldn’t do this,” said Lopez, but her perception changed with each passing day thanks to the engagement and demeanour of the electricians’ teaching in the program.

She began to understand that people who work as electricians tend to be very happy and passionate about their work. Moreover, they have not experienced difficulty in retaining employment.

“The school has concerned itself with bringing in people from the security industry to transmit information from their experiences to us,” she added.

“This has made us feel more secure in knowing that we are accompanied by members of a circuit of enterprises who all know one another and have good business practices.”