Thanks to a successful (and persistent) advertising campaign, AlarmForce Industries may be one of the best-known security brands in Canada, but Graham Badun says the company can do a lot more to leverage the power of its name. 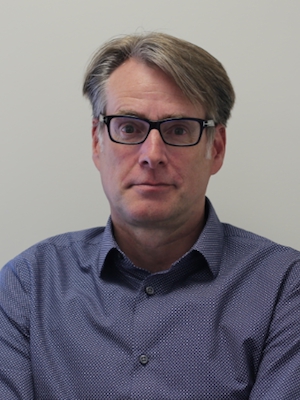 Badun took over as CEO about a year and a half ago, drawn to the company by its clear market potential.
“Being Canadian, I was aware of the brand, but I didn’t know much about the business or industry itself,” says Badun, who was a top executive in the real estate services market before joining AlarmForce. “I began to sniff around and it just struck me as a really interesting opportunity — great brand awareness, and an interesting business.
“It looked like an interesting opportunity to get in there, to see if you could rebuild aspects of it, take advantage of the great assets that it has and see where it could get to. It was actually quite an intriguing opportunity,” he adds.
Based on AlarmForce’s own consumer research, approximately 90 per cent of Canadians are at least aware of the brand, but Badun says there is still a knowledge gap.
“We came up with this saying internally: We’re well known but we’re not known well,” explains Badun.
“We also know there’s some people who don’t buy the way that we sell. So how do we reach those customers?” he says.

New products and services
A recent major change is the adoption of a dealer program. AlarmForce recently explored the dealer model with a pilot program involving six dealers — two of which are based in the Maritimes and already known to the company, since they participated in a franchise operation the company tried out two decades ago but since mothballed.
Badun says this is just the beginning and more dealers will be added to the program over time. AlarmForce has retained the services of industry veteran and former CANASA president Frank Pietrobono who helped design the program.
Badun expects the company’s well-established direct-to-consumer model will continue to account for the majority of AlarmForce’s overall business for the foreseeable future. However, “as we grow that business and get more comfortable around it, I will be happy to recommend to the board that we allocate more dollars to grow that business as we get better and smarter about it.”
Another major change, announced early September, is the adoption of third-party products. The company has consistently manufactured and sold its own products, including alarm panels, but Badun says he believes there is room for another approach. As such, the company will now make available to its end users products from 2GIG and Alarm.com — all still monitored by AlarmForce. “I just felt that was best left to people who’s sole business was the development of those products,” says Badun. “What we’re really good at is the distribution and servicing of those products.”
AlarmForce will continue to maintain and upgrade its own panels for years to come, says Badun, as the company makes the slow but steady transition to a third-party model.

Canadian focus
AlarmForce will continue to rely on some of its greatest strengths, adds Badun — marketing and advertising. But it will be more selective about where it targets its services. Badun acknowledges some of its U.S. territories have under-performed.
“I’ve been pretty candid about this in my letter to shareholders and in my annual report,” he says. “There’s a couple of markets in particular that are very expensive for us to acquire customers in.”
The company will refocus its efforts on its strongest market, Canada, and has refreshed its marketing approach, including a new advertising jingle and logo in partnership with Toronto-based advertising agency McCann, as well as an updated website.

Future growth
Badun recognizes that the alarm and home security industries are changing and have seen an influx of new participants and potential revenue models in the last two to three years — particularly the emergence of solutions provided by cablecos and telcos, as well as the growing popularity of DIY and retail-based, direct to consumer solutions.
“It’s interesting. I don’t think the whole story’s been written yet,” says Badun. He says AlarmForce agents receive occasional inquiries about DIY-based products, but overall their presence hasn’t had much of an impact on the AlarmForce business.
Professional installation and monitoring is a strong differentiator, he says. The company’s installation team received high marks from customers who responded to research questions, “particularly the time [installers] spent explaining the system and teaching them how to use it. It’s clearly one of the more valuable parts from our customers’ point of view.”
That said, Badun says he sees the value of a hybrid model, with on-demand professional monitoring determined by the end user. “We’re quite intrigued by this space and I think we’re going to keep watching it,” he says. “We want [customers] to consider us and we want to offer products that offer that sort of flexibility.”
Badun also sees growth potential in the PERS market and the company is readying a plan for later this year to capitalize on that growth. PERS currently accounts for approximately nine per cent of its business but “it’s got some potential to grow far beyond where it is today.”
More changes may be coming from the Canadian stalwart in the alarm market. Badun says he recognizes the value of the brand and is eager to capitalize on it. “I think one of the most valuable assets of AlarmForce,” he says, “is AlarmForce.”