The cameras integrate with the Alarm.com platform including intrusion and access control. 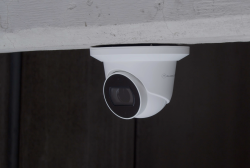 In advance of ISC West, Alarm.com for Business has introduced its new line of business security cameras, the Pro Series commercial-grade Power Over Ethernet (PoE) cameras.

This line of cameras is intended for use in different commercial applications including single warehouses to storefront chains. The cameras include access to exclusive Business Activity Analytics software and are NDAA compliant. 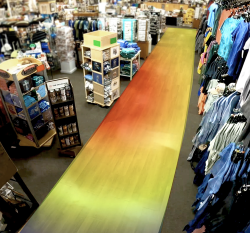 The 4MP varifocal bullet includes an audible buzzer and supports Alarm.com’s Perimeter Guard™ deterrence technology. The cameras integrate with the Alarm.com platform including intrusion and access control and both dome cameras include dark grey covers to provide aesthetic and install flexibility.

“Historically, investments in surveillance cameras have been for crime deterrence and forensic recording, but we’re excited to release the new Pro Series cameras and Business Activity Analytics to additionally deliver operational metrics and provide an enhanced return on investment to business owners,” said Dan Kerzner, chief product officer of Alarm.com. in a statement.