Canon first announced it was creating a new spin-off company based on Milestone Systems technology back in June 2017 (Canon acquired Milestone in 2014). 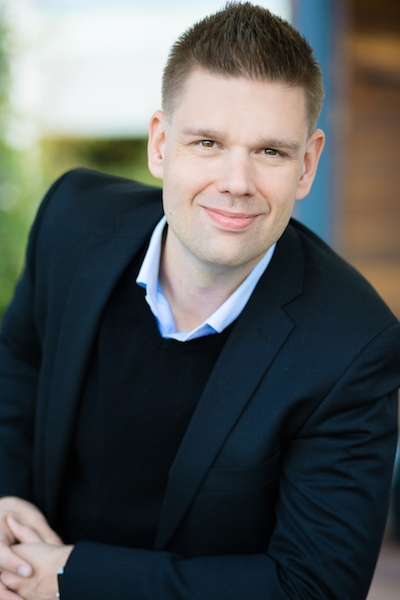 The spin-off, originally known as ARCUS Global, would “address the significant unmet global market demand from large enterprises for Video Cloud IoT as a Service for security and business optimization,” according to a statement issued at the time.

The name has since changed to Arcules, but the vision remains the same. The company officially launched its Arcules Intelligent Video Cloud platform in July of this year, describing it as technology that “aggregates and analyzes previously untapped video surveillance and IoT sensor data, identifies trends in that data and applies predictive analytics to help businesses optimize operations and improve safety.”

The company is led by CEO Andreas Pettersson. Pettersson was previously the CTO and is also a veteran of Milestone, where he managed engineering teams and business units since 2010.

SP&T News: What was the genesis of Arcules?

Andreas Pettersson: Several of us came from Milestone incubation, which was a separate unit. We were up in the Bay area in a smaller office up there. It was [about] two years ago when we started getting into “what’s the real vision?” and “what is that we’re doing?” Then it was Canon together with Milestone that realized this is such a big opportunity — video Cloud IoT as a service. They said, “We have to have you as a separate company,” and that was a little more than a year ago. We launched in August [2017]. We were just a handful of people coming from Milestone. We are 60 people already and we are probably going to be closer to 100 by the end of the year. It’s a big, big initiative. We’ve been ramping up the entire organization — R&D, sales, marketing. A lot has happened…

We knew that if we could harness video data and actually structure it and build intelligent insights with it, and then combine all of that with the IoT piece and all the types of devices that we are already seeing out there — that’s where it starts going from a reactive solution into a much more preventative type of the solution. That’s the path we’ve been on for quite some time.

We’ve seen the change [in the market]. I think a lot of it was triggered by … more and more the CIO becoming the decision maker [with] completely different expectations of what the system should be delivering. We’ve seen that happen, but it was a year ago or two years ago, where it really [started] happening.

SP&T: Where are you taking the company now and what is your relationship with Milestone and Canon?

A few years ago, there was a lot of speculation as to what would happen. I was there [at Milestone] — nothing changed.

Of course, we are leveraging Milestone and Canon together to form Arcules. And we bring a lot of IP and knowhow from the Milestone side of that.

SP&T: What is your elevator pitch for what the company can do?

AP: Video Cloud IoT as a Service — we are going to be a global service provider for enterprises. What we do is, we’re really marrying all this data together.

Others talk about what they want to do — we are actually doing it, in terms of actionable insights, in terms of actually providing more than just video…. Smart cities, hospitality, retail are the key verticals.

There are a lot of sensors or other types of systems that we can already integrate with. When people say “Internet of Things,” sometimes it’s “Integration of Things.” Especially within hospitality we are already building some pretty cool, complete, end-to-end solutions. We have some really interesting early adopter partners.

SP&T: You recently transitioned from CTO to CEO. What does your role look like now?

AP: I was also the CPO (chief product officer), so I have a very broad background on both the commercial side, running business units within Milestone, as well as marketing and finance. I’m not only a technologist — although I do like that — but I have been part of this since years back, creating the whole vision. I’m super excited with my new role and to keep going with the vision.

SP&T: You seem to have a big emphasis on developing company culture at Arcules.

AP: We interview about 15 or 16 people for every one hire. We do full personality assessments on everyone. We make sure they are team players. They have to be able to speak their minds, they have to be able to care for one another. They’re all results-focused, but you have to win together. That’s something we’ve been pushing since Day 1. If you walked into our office, you would see the energy — everyone is there, collaborating. They really enjoy it.

We’re trying to get people not from the traditional security industry. We are extremely diverse — on people’s skillsets, ethnicity and which industry they come from. We have one guy who is a medical doctor and decided he wanted to code. We have [another guy] who’s a lawyer…. One guy who’s a biologist. All of them are coding. If you have a lot of diversity, [you] get a lot of innovation in the long run.

This article originally appeared in the August/September 2018 issue of SP&T News.