SP&T News recently connected with Hikvision’s North American president Jeffrey He for an email interview and asked for an update on its current market strategy and plans for Canada. 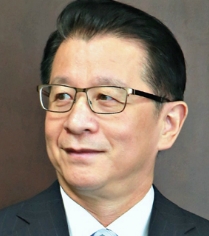 The company opened an office in Montreal in 2015 and recently announced plans to open a global R&D centre there. He provided additional details about Hikvision’s web presence and serving Canadians in both official languages.

SP&T also asked He to clarify the global company’s ownership structure and relationship with the government of China — a subject that has come under some scrutiny. An edited version of that email exchange follows.

SP&T News: What is your breakdown of SMB and Enterprise clients and how are you developing the Canadian market?

Our Canadian headquarters in Montreal serves as the centre of operations for Hikvision Canada. Hikvision Canada has expanded its sales team to increase the abilities to service the SMB and enterprise market; increased the number of technical support staff (they also handle calls from the U.S.); plus we have created a new marketing team in Canada to further enhance our marketing communication to the diverse Canadian population.

The company launched a Canadian website last summer and we recently launched a French-language website to better serve the growing French-speaking customer base. Hikvision Canada has outgrown its first office space in less than two years and now has plans to move into a new larger facility. We’ve found an excellent talent pool in Canada, and there’s a very business-friendly environment for companies like Hikvision that want to invest in the community. The provincial government of Quebec and the municipality of Montreal provide excellent support for Hikvision, and we have decided to open our very first global R&D Centre in Montreal.

Also, Canada has a very strong and positive relationship with China. China is Canada’s third-largest trade partner, behind the U.S. and the E.U. Economic activity between the two countries grew at a year-over-year increase of more than 10 per cent in 2015, reaching $85.8 billion in two-way merchandise trade. The positive relationship encourages Hikvision to invest in the community for future growth.

SP&T: There has been some speculation about Hikvision’s Chinese government ownership. Can you clarify the situation?

JH: I’m happy to discuss Hikvision ownership. Your readers should know that this is public information, readily available on our website for anyone to see since our IPO and debut on the stock market in 2010.

Hikvision is a global, publicly-traded company. There are four major shareholder groups in Hikvision: state-owned enterprise shareholders (SOEs); an individual investor; company founders and executives; and, common-share/international institutional investors.  So, while Hikvision has shareholders who are SOEs or “government controlled” entities, Hikvision itself is not an SOE.

SP&T: Given all the recent focus on security equipment becoming compromised or hacked, what steps are you taking to ensure the cybersecurity of Hikvision products?

JH: Cybersecurity is an issue of concern for all security manufacturers, including Hikvision. And, it’s been a top priority for us for the past few years. We have a number of industry-leading initiatives and resources that have been in place for a couple of years including our Network and Information Security Lab; The Hikvision Security Response Center; ISO/IEC 27001 certification; and the Hikvision Security Center.

A new initiative in the past year is a Penetration Test Team. We hired seasoned cybersecurity professionals based both at our HQ in China and in North America. The team ensures application-level security and works to guarantee product safety throughout the product safety development cycle. We also regularly invite well-known third-party companies to do penetration testing.

SP&T: Do you have plans to bring any Hikvision equipment that is currently only available in China/Asia to North America?

JH: Yes. We expect to have drones available in North America at the end of 2017. We will also bring other exciting products into new market segments.

SP&T: Given the increasing commoditization of surveillance equipment, how does Hikvision distinguish itself in the market? Are you competing mainly on price? What value-add or feature sets can you bring yo market?

JH: Innovation is the answer to commoditization. Let’s look at the history of the cameras: Analogue, IP, TVI, each phase brought price changes and market shifts. We believe all manufacturers, including Hikvision, are trying to work on the next “big thing.”
In terms of pricing, any “expert” who says that Hikvision products are the lowest priced products on the market is no expert.

I must point out that lower price points for cameras and other security products enable our integrator partners to provide more cameras for end users, which in turn means more and better security for our society. The industry should join forces to promote the benefit of enhanced security, thus making the market bigger.