As the current president of CSAA International and CEO of Vector Security, Pam Petrow is almost uniquely qualified to talk about the current state of monitoring. Case in point, the CSAA has recognized that the industry is evolving, acknowledging that even the term “central station” may have lost its usefulness. The organization is in the midst of its own transition that will likely see it adopt a new name later this year — one that better reflects what is going on in the industry and one that should have more resonance with the end user. SP&T News spoke with Petrow recently about the proposed change for the 66-year-old organization, plus the rollout of ASAP to PSAP in the U.S. and when we may see the technology come to Canada. 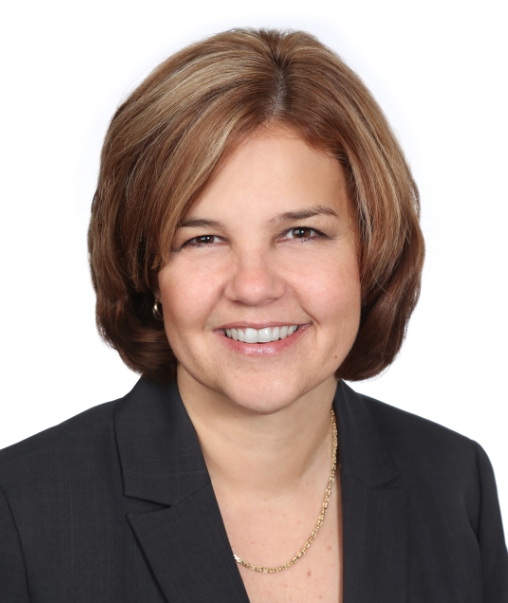 SP&T News: You mentioned at CANASA’s most recent monitoring symposium that the CSAA is looking at some important changes, including the possibility of a new name for the organization. Where does that now stand?
Pam Petrow: We’re the Central Station Alarm Association, but other than the alarm industry, how many consumers know what a central station is? Probably none. When people want to look up online professional monitoring services, whether it’s alarms or it could be for something else, when you put in the words “central station” all of a sudden, you really lose your market visibility because it’s not a term that is known or relevant. The other part is, it tends to be related strictly to alarms. We’ve found that many of our member companies are no longer just monitoring alarms… they’re doing PERS, they’re doing anything that needs to be monitored. We can broaden our market in terms of the services we supply if we look at ourselves as providing professional monitoring as opposed to that central station term.

SP&T: How much does the CSAA interface directly with the public?
PP: Actually a lot. We get a lot of calls from consumers in reference to member companies. We also think that we need to do more of that. We want to make sure it’s not only with the public but also first responders. We need to be defining who all those different audiences are and make sure that we’re speaking to all of them. Do they know that our service is very different from a DIY service? Do they know about all the different things that we do? It’s still part of our core mission: professional monitoring is where CSAA started. We have always been about — and will continue to be about — raising the standard on monitoring. Our strength will continue to be this professional level of validated alarm response.

SP&T: How has the increased presence of cablecos and telcos, as well as DIY tools, in home security changed the equation?
PP: In my head, we’ve already moved beyond the cableco/telecom piece because they’re already participating in our membership, they participate in our standards, they participate at many different levels within the CSAA.
The DIY is a very different business proposition. You have people doing their own self installs. The question is, what are they installing, what’s the quality of the equipment? Are they installing it correctly? Are they putting a smoke detector where it should be? Do they know where to put devices? The real next question is, if they’re not installing it correctly, is it increasing the number of false alarms? Is there going to be an increased strain on resources? What’s the impact of that? It’s really too early to make that determination. But I think the reality of it is, more and more people are doing these things themselves. They getting cameras at Costco or Best Buy and they’re monitoring them on apps. More and more we will continue to see that and how we co-exist will play out in the coming years.

SP&T: How is the progress of ASAP to PSAP in the U.S. going?
PP: We have seen great growth. I think nine of the top 10 alarm companies [in the U.S.] are now participating and transmitting signals electronically over the ASAP protocol. We’re getting requests all the time from new PSAPs that want to make sure that when they get their next CAD (computer-aided dispatching) system they’re putting the right language in there in order to make sure they have this technology available to them. It’s just the natural progression of technology. Why are you picking up the phone and calling people when you have the ability to transmit electronically? The speed is better, the accuracy is 100 per cent. You don’t have to worry about communications problems. It’s just so much more efficient. And you have a two-way dialogue. If you need something, you can ping back the alarm company and say, “What’s going on? What’s the ETA?” It really is taking advantage of current technology to make sure we’re providing the best service to our customers. And that we’re properly using the resources that [911 centres] are allocating and making their jobs easier.

SP&T: What are the next steps for ASAP to PSAP?
PP: We are working on Canada. You need to have the infrastructure. That’s the first step that we did in the U.S. We established a relationship with Nlets [the interstate justice and public safety network] who’s the party here that has the connectivity here into all the 911 centres. Our process for ASAP was, first you need to have the infrastructure then we had to go to every state to get access to have our information transmitted. It’s a multi-step process. Then we had to start petitioning the states to say, “Are you willing to accept our data over your network?” Then they would sign off. Then we can go to the 911 centres and say, “Would you be interested in receiving this information electronically?” It’s a multi-phase process.
If you put the cart ahead of the horse and you get the alarm companies all excited and there’s no place for them to move data, it can be a little bit heart-breaking for them. We’ve been really fortunate to have a group of about 100 alarm companies to help fund during the start-up phase of this for the ongoing costs of the network and putting it in place as we build it.

SP&T: Who is your point of contact in Canada for possible rollout here?
PP: The RCMP. We have opened the discussions to talk about [this] and make sure there’s a chance for us to expand the network.