Rob Martens spends a lot of time thinking about the possible — even the probable. Martens was with Ingersoll Rand for 11 years in various capacities — mostly on the IT side, he says — and left shortly before the company spun off its security business and called it Allegion. He took a CIO role with another firm, then briefly retired before being wooed back to Allegion with “an offer I couldn’t refuse.” Now, as Allegion’s futurist, he identifies trends, posits outcomes, and determines strategy accordingly. He has an abiding interest in the Internet of Things and home automation, both of which are game-changers for security. It’s up to Martens to not only identify the new rules but predict the outcome. 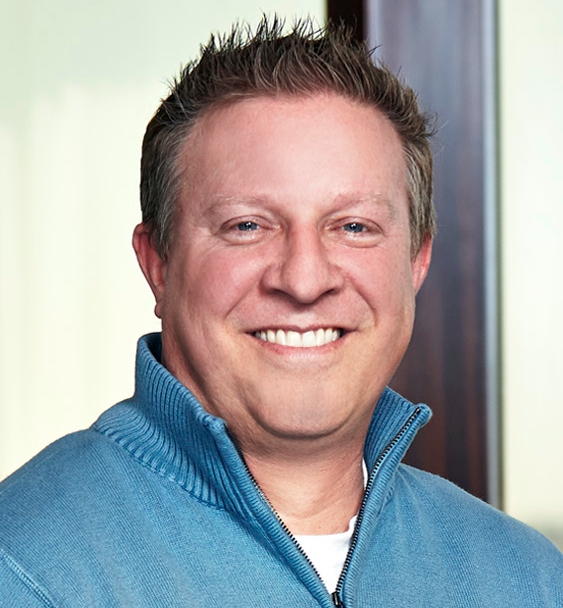 SP&T News: What is your role within Allegion?
Rob Martens: You can think of me as a free radical bouncing around the corporation. The best way I can describe what I do is, I come into work every morning and I do whatever I think is in the best interests of Allegion. Some days that might be hyper-focused on a technical piece. Other days, that may have to do with, who are the best people in the industry where we want to integrate product sets? Or it’s pure strategy in terms of, where do we actively see technology going?

SP&T: Do you make a distinction between IoT and home automation?
RM: You can do that. I break it into five distinct categories today just to make it easier for people, because there really is no set definition. The phrase “Internet of Things” was actually coined by a guy called Kevin Ashton, who is a British tech pioneer, in 1999.
People have done different spins off it for marketing reasons, but if you really broke it down today, most simply you would say: you’ve got connected home, wearables, connected car, the industrial Internet of Things (some people call that M2M — machine to machine) . . . the fifth one is something you’ve historically heard of as building automation services. That is also synonymous with the term “smart cities” — a lot of people also associated smart grid with that. I typically try to group it into those five categories just so people can get their arms wrapped around it.
Home automation, in and of itself, doesn’t necessarily have to be IoT. You could have a closed network, that isn’t connected to the Internet at all, that has a certain amount of automation associated with it.

SP&T: How much of your role is future/speculative versus products that are coming out in six months?
RM: In my case, the vast majority of my role is future/speculative. I typically try to float between seven and eight years out. I think once you’re outside of a seven to eight year window you’re not accounting for disruption.
I focus a lot on design as well. We have some very core elements of design. I think that if you get too far out, you start to get into geopolitical stuff and you start getting into the impact of larger societal stuff. You have to be careful so that you can at least stay a little bit in your lane and remain relevant.
I do focus in on why on why we make the investments we make in things like IoT as it relates to products. People are interested in those physical products. It gives them something tangible to talk about and to relate to. I’ll put together presentations that are “present state, moving forward.” A simple example could be: people’s affinity is moving quickly away from learning devices and much faster towards smart devices. For example, you could buy a thermostat that can track your patterns. Over time, it learns your patterns and replicates those patterns. To me, I’m not a fan of that. I’m quite chaotic in my actions and my expectation for devices is to respond to me in real time. I want the devices in my home or in my workplace to respond to my immediate actions rather than to try and predict what I may do.

SP&T: Do you think integrators have a grasp of what IoT is and its real world applications for security?
RM: I don’t. And the sad thing is I think in part that can be intentional. My mission, and the thing I’m passionate about, is demystifying the IoT. How do we make something that should be far more simple understood by folks so that they understand the benefits, but also equally importantly, what are the exposures for doing these types of things?
I absolutely believe that there’s some basic education that needs to take place. I spend time with the integrator community and with other partners trying to get people to understand there’s a right way and a wrong way to do these things. For example, who you partner with. As we become interdependent on multiple systems, you have to understand that if you’re integrating with someone, you’re only as strong as your weakest link. But it’s also getting people to understand that the line between physical and digital security is really blurring.
Part of the reason we need to get these guys up to speed isn’t that everything needs to be digital and everything needs to be in the Cloud, it’s a question of empowering people so that that they have a better feel and a better process to decide, where do I want to apply this technology in my building. I think that’s the real trick.

SP&T: What are your predictions for the next five to eight years?
RM: I fully expect for a couple of big things to happen. One is, the level of expectation of identity management across work and home is going to absolutely merge. This concept of knowing who I am when I arrive and what I want is going to be in effect. That’s not just for simple stuff. You’ve heard all this stuff before: when I arrive I want the coffee maker to turn on. That’s all well and good, but I think what we’re really talking about is tangible, non-tchotchke, business-oriented things. What we think is going to happen is, the workplace is going to become incredibly flexible.
I’m sure you’re familiar with the concept of hoteling. We believe that will be on steroids. When you come into the building, depending on what your preferences are, you’ll have the ability to be assigned a workspace, have everything that is expected of you available, ready and accessible based off of that workstation. You are no longer going to be carrying a workstation with you outside of perhaps a phone or a wearable device. The level of integration is going to increase exponentially.